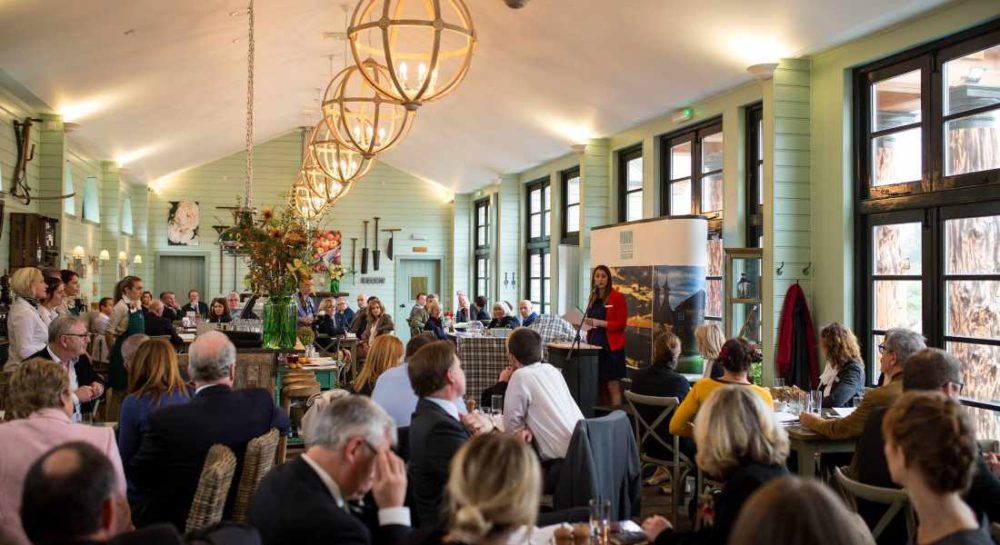 REPRESENTATIVES FROM BUSINESSES from throughout Moray gathered on Wednesday for the annual Moray Chamber of Commerce Awards in Lossiemouth’s Stotfield Hotel.

Around 110 attendees saw the Business Gateway sponsored Most Promising Enterprise award going to ‘I Like Birds’, who have recently been appointed to global licencing consultants JELC, representatives of organisations such as Pepsi and The National Gallery.

I Like Birds have already received recognition for their designs in several UK and internationally.

Due to the range and quality of businesses that applied for the award, the judges felt that Rosevalley Kennels and Cattery’s commitment to customer satisfaction was worthy of recognition, therefore they were given a Highly Commended Award.

The second award of the day was SME of the Year. Sponsored by Johnston Carmichael Chartered Accountants and Business Advisors, it was AES Solar Ltd that scooped the prize.

AES Solar is an independent company who have been operational for over 35 years. They were the first solar manufacturer in Western Europe and the business continues to put the customer first whilst looking to make changes to reduce the environmental impact of their processes.

The next two awards up for grabs celebrated Tourism in Moray Speyside.

There was also a Community Tourism Commendation awarded to Stan Barber from Morayvia in recognition of their rising visitor numbers and 4-Star Award from Visit Scotland.

The second Tourism Award and final award of the day was the Community Tourism Award sponsored by Bruce Stevenson Insurance Brokers.

The winner of this award was Findhorn Bay Arts for their involvement of volunteers and their community and industry engagement. During their Festival they demonstrated true community involvement by using 50 volunteers of all ages, as well as generating £700,000 to the local economy.

Sarah Medcraf, CEO of Moray Chamber of Commerce, hosted the event.  She said: “I am delighted that we had such a strong turnout for our awards as they come in to their second year.

“Business is getting tougher each year with one thing or another and our Moray businesses prove time and time again that they can take it in their stride and thrive. Our awards are a celebration of that.”