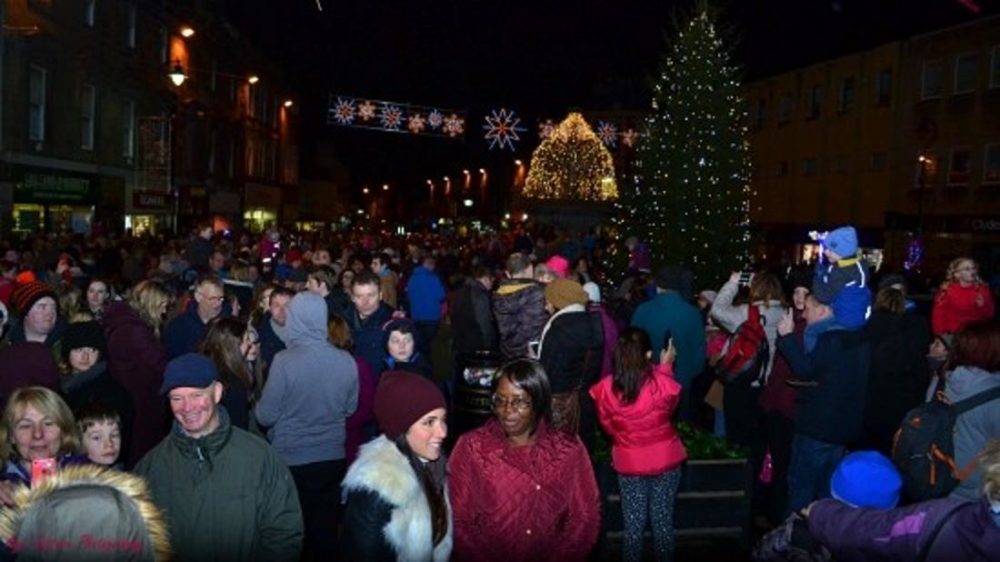 SEVERAL OF MORAY’S largest towns will be a lot brighter tonight as the Christmas Lights are turned on.

Greenwards Primary pupil Emily Birnie – at four-years-old the youngest pupil at the school – will have the honour of switching on Elgin’s spectacular light show.

Organised by Elgin BID, a recent £50,000 investment in new lights has transformed Elgin’s Christmas celebrations – and with an Ice Rink installed in the city centre this year has more reason than any other to attract people from throughout Moray to the Plainstones.

Elgin BID manager Gill Neill said Emily was “over the moon” at switching on the lights, adding: “We always try to be very community focussed and get schools involved. Greenwards put Emily forward to help us – and it is adorable to see how excited she is about the big moment.”

The annual parade will be held on Elgin High Street while Santa is expected to visit between 2pm and 4pm. Leading the parade this year will be Miss Great Britain Ursula Carlton.

Meanwhile in Lossiemouth the job of illuminating the town falls to Emmerdale star Kieron Richardson – the town will be lit up at 6pm or shortly after.

The focus in Keith will be around the Longmore Hall from 2pm when decorations in the town will be lit as soon as it becomes dark, while in Forres children will parading the town’s High Street ahead of the switch-on at 5pm.

Later this week Cullen will take their turn, with a firework display on Thursday will herald the village Christmas lights being turned on.