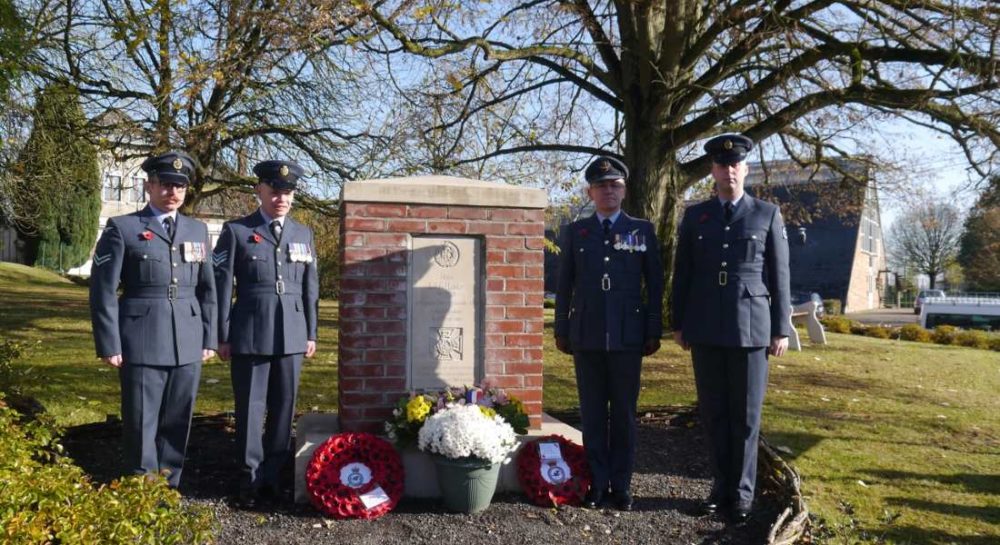 ONE HUNDRED YEARS after his death one of the pioneers of the RAF has been honoured by personnel from 6 Squadron at RAF Lossiemouth.

On this day (November 23) 1916, Major Hawker was flying a DH2 of 24 Squadron RFC. He was leading a patrol of three aircraft escorting a reconnaissance flight in the Bapaume area towards the Battle of the Somme.

As they intercepted a flight of two German aircraft who turned east and ran for the safety of their own lines, a larger group of hostile aircraft attacked from above. Hawker ended up in a circling fight with a German Albatross flown by the infamous Red Baron, Manfred von Richthofen.

The two pilots were evenly matched but Hawker’s aircraft lacked the speed and manoeuvrability of von Richthofen’s and the prevailing westerly wind mean that the fight was slowly drifting further into German territory.

After 30 minutes of closely fought combat during which von Richthofen fired 900 rounds, Hawker finally had to make a break for his own lines. Richthofen fired a last carefully aimed burst and a bullet from this burst struck Hawker in the back of the head, killing him instantly.

Hawker’s aircraft came down near the village of Ligny-Thilloy, behind German lines, where he was buried without ceremony by the German troops from the nearby trenches.

By the time of his death, Hawker had become a legend in the RFC. He had served first with 6 Squadron as they left Britain for France in October 1914 and quickly built his reputation as a fearless pilot.

He was awarded the DSO for a low-level attack on the Zeppelin sheds at Gontrode in Belgium and was the first person to be awarded a VC for air to air combat following a flight on July 25, 1915 in which he brought down three enemy aircraft.

After almost a year of uninterrupted combat patrols with 6 Squadron in the Ypres area, Hawker had claimed seven aerial victories, becoming the first British flying ace. He was promoted to major and returned to Britain to take command of 24 Squadron, which formed at Hounslow Heath before deploying to France in February 1916.

His reputation continued to grow and on the eve of the Battle of the Somme, his tactical order read simply “Attack Everything”. Thanks to this aggressive approach, the RFC outclassed their enemy in the air despite the poorer performance and firepower of their flying machines.

This year to mark the centenary of his death, the commemoration was expanded to include representatives from Hawker’s first RFC unit, 6 Squadron, and from the Richthofen Wing of the Luftwaffe, who came to pay their respects to a former opponent.