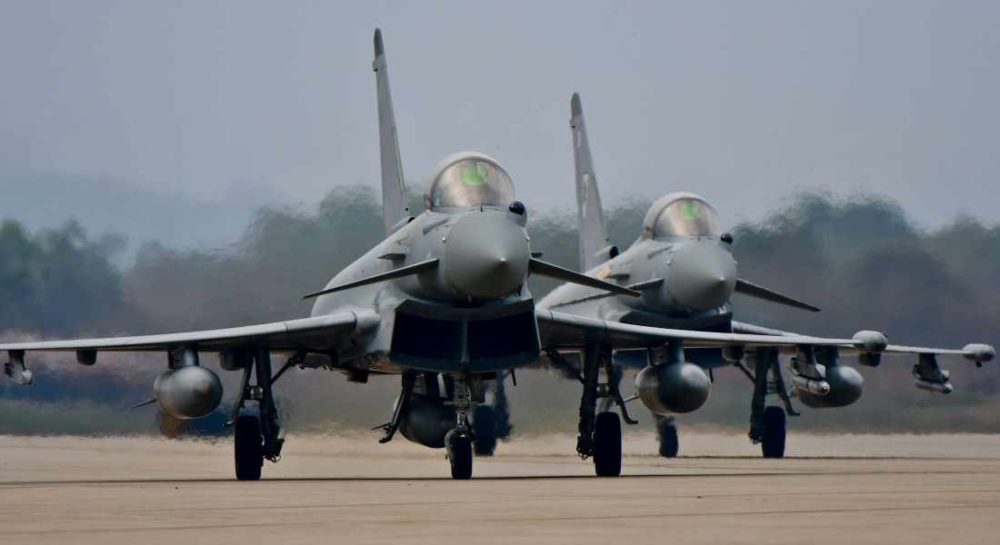 AFTER CONCLUDING HIGHLY successful exercise missions in Malaysia and Japan, Moray airmen have begun the third leg of their historic mission by moving on this week to Korea.

Typhoons supported by II(AC) Squadron personnel from the Moray base have arrived at the Osan Air Base in the Republic of Korea where they will this week be taking part in ‘Exercise Invincible Shield’.

Throughout their seven day mission, the Typhoons will be flown both with and against their Republic of Korea and United States counterparts.

US Air Force Colonel Larry Caird is the man in charge of flying operations this week: “We are putting these three nations together and in the end we’re going to be better than anyone of us on our own could ever be.

“The RAF is always very aggressive so we’re looking forward to a good scrap in the air.”

Earlier this year a Korean Air Force spokesman said that the exercise was aimed at “improving the allies capabilities of attacking North Korea’s major military and leadership facilities, if provoked”, adding that it would also exercise interceptions of incoming fighters from the north.