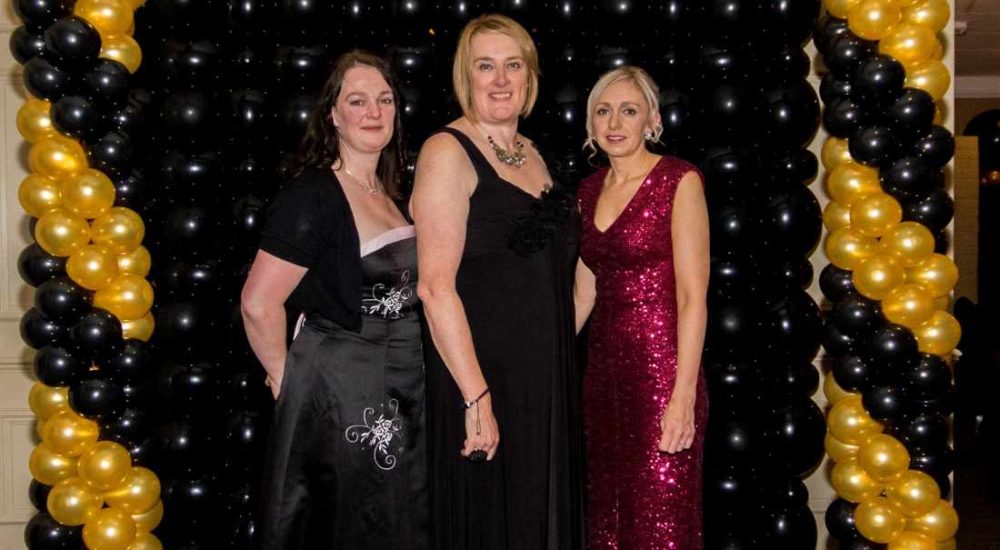 MORAY’S BUSINESS WOMAN of the year has been named as being a local bank officer at an event that raised over £4000 for local causes.

The 10th anniversary of the Moray Business Women’s Club at the weekend was celebrated at a glittering awards ceremony in Elgin’s Eight Acres Hotel.

Following a proud tradition for the group the function also highlighted its chosen charity for the year – and that resulted in £4190 being raised for Moray Women’s Aid.

However, the main purpose of the evening was to celebrate the successes and contributions of women in business from throughout the region – and top of the list was Shelley Waters, who is the commercial banking relationship manager with Clydesdale Bank.

Shelley was named Business Woman of the Year, while Hellygog owner Jude Simms clinched the award for Most Enterprising Business for her Logie Steading craft shop.

Other awards saw Architect Susan Longmuir, who is also a past-president of the group, was named as the Member of Achievement.

MBWC President Donna Harper said: “It was highly successful evening and we are delighted with the amount of money that we raised for Moray Women’s Aid. We have been holding events throughout the year, so there is more money to add to this total, but this really is a tremendous amount.

“I would also like to congratulate all of our finalists and the winners. The calibre of entries this year was phenomenal. It is superb that Moray has so many inspiring business women and it is great to see that we have such a vibrant business community for women.”