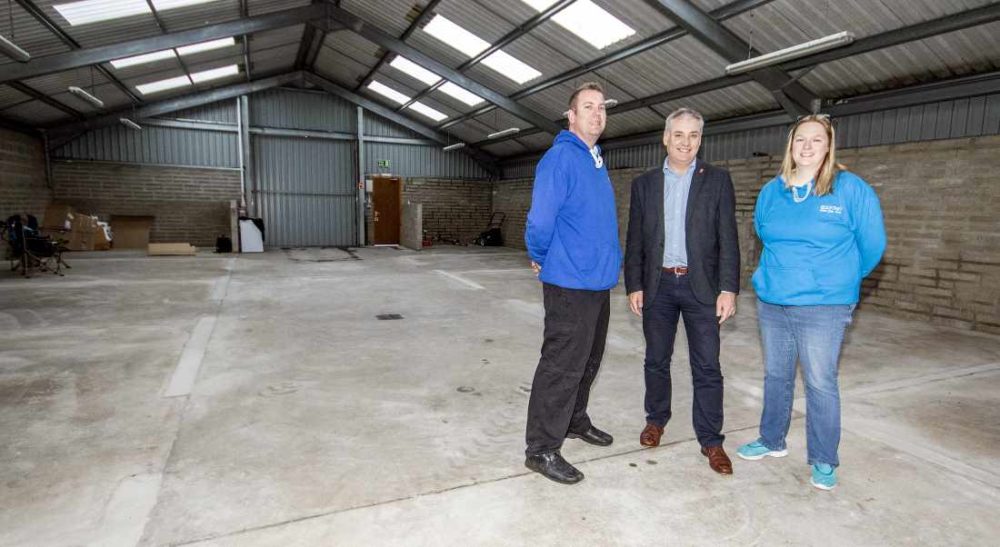 ATTEMPTS TO CREATE Moray’s first Rum Distillery has received backing in the form of a motion at the Scottish Parliament praising the efforts of Hopeman couple David and Lara Beach.

The pair are in the process of moves that they hope will bring the Beach Craft Spirits into production – and provide another chapter in the growing story of craft beer and spirits production in Moray.

Currently Beach Craft Spirits is in the process of an effort to raise the required backing from the community through a Crowdfunding effort – and that has been given a boost thanks to a move by local MSP Richard Lochhead, who raised a motion in support of their efforts at Holyrood.

Mr Lochhead visited the Covesea base where the new distillery is being planned, saying: “I was delighted to meet with Lara and David to hear more about their plans to open a craft rum distillery right here on the Moray coast.

“Moray is fantastic hub for craft produce and clearly Beach Craft Spirits would be a fantastic addition to the local food and drink sector. To be the first craft rum distillery in Scotland to offer Crowdfunding makes their plans that bit more special – and I hope in the final days, people in Moray and across the country get behind the project and help them reach their target.”

Last night Lara said she was delighted to receive support from her local MSP: “We are over the moon with the support we have received from Mr Lochhead. To take this to parliament is really something that is quite overwhelming.

“To then take the time out of what must be a very busy schedule to visit us, was extremely supportive. He has encouraged us not to give up, not that that was ever an option.”

David and Lara have been crowdfunding since August to raise £35,000 to set up the distillery. The crowdfunding effort stops on November 9.

David said: “The visit from Mr Lochhead has come at just the right time. The crowdfunding finishes next week, and having a visit from him was a real boost and has given us the determination and confidence to keep going with our plans.

“Once November 9 comes there will not be a chance for people to back us in this way, so we want to encourage as many as people as possibly to visit our website and support us.”

Lara and David are using Crowdfunding to promote their distillery. They are offering seven different exclusive benefits packages for backers ranging from £15 to £1000.

Investors that donate a minimum of £15 will secure themselves a plaque with their name on it which will be displayed on the distillery wall.

They will also get two Beach Craft Spirits t-shirts, one hoodie, two bags containing rum stones, two branded glasses, one 36Knots collaboration beanie hat. A £1000 backer will also take home an exclusive 3-year-old aged rum in a driftwood presentation case signed by the distiller, be treated to a tour of the distillery for two people and they will receive samples every six months to help shape the new product development for the first three years.

People can find out more about Lara and David’s plans and crowdfund them by visiting www.beachcraftspirits.co.uk.