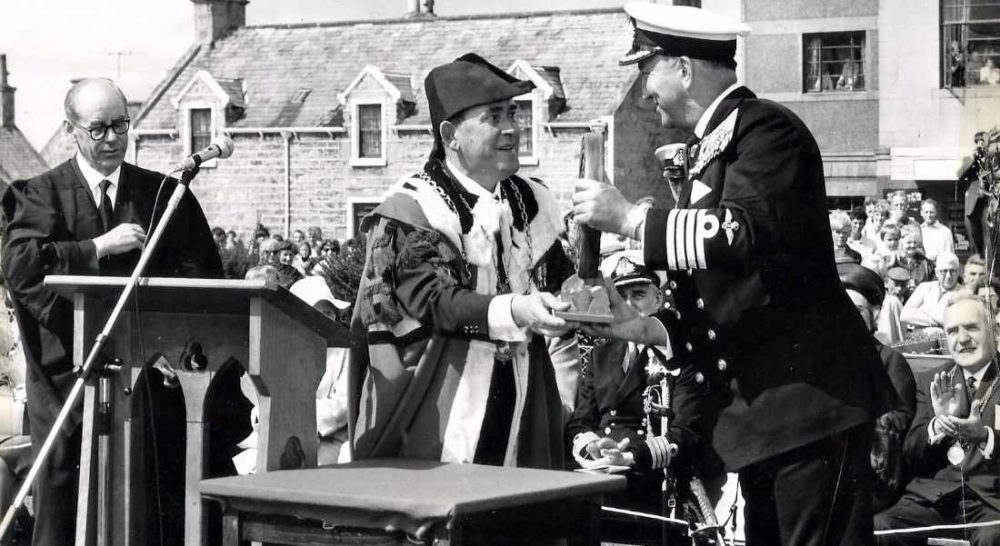 THE NEW FILM depicting the men and women who served or work with the Royal Navy at the former HMS Fulmar base in Lossiemouth has been given a five-star rating.

The public turned out in their hundreds at the week with long queues for the premier showing of community history film ‘HMS Fulmar’ at St James Church Hall in the town.

Creative Visions Moray are behind the film, the latest in a line of community-led movie projects in Lossiemouth and Forres that have captured the imagination – and recorded forever the important histories of the towns.

Behind the project was Yvonne Findlay, whose father was one of the thousands who served at the former Fleet Air Arm base. Following the premier at the weekend Yvonne told insideMoray: “I was truly overwhelmed by the response to the HMS Fulmar film – which I had to screen in the church itself rather than the hall which could not cope with the number of people who wanted to see it.

“Even after selling out our original ticket capacity people flooded up Prospect Terrace into the church purchasing even more tickets at the door.

“I have been so very close to this film and I felt compelled to make it as it matter to me – so I was so very happy to see what it clearly meant to so many other people in Moray.”

At the premier screening was musician and song writer Abi Rooley-Towle, who said: “Too often we forget to ask about the history of a place and just take it as it appears now in the present day.

“Documentary film producer Yvonne Findlay is inspired to create living history in her documentaries that take a specific place and aspect so that there is a record of how that place has been fashioned and shaped into what it is today.

“Her film about the naval period and base in Lossiemouth is testimony to this. Yvonne, and her team – film maker Tim Flood, and songwriter Trevski – have created a visual narrative and soundscape that brings to life the people, naval life and events of the recent history of Lossiemouth before the base was returned to the Royal Air Force.

“Being an incomer to these parts, I have always felt this area to be unusually cosmopolitan for a rural northern community. This film makes me realise that local communities have welcomed people for quite some time.

“This documentary explains what 6000 naval officers and their families contributed to the Lossiemouth community during this period – a welcome embrace to newcomers today is therefore something that has been shaped and created by its history.”

Copies of the documentary are available directly from Yvonne – contact by email is yvonne@creativevisionsmoray.co.uk – as well as being available from the Lossiemouth Post Office and Sound and Vision in Elgin, Mielie’s and Harbour Treasures in Lossiemouth – all in plenty of time for Christmas.