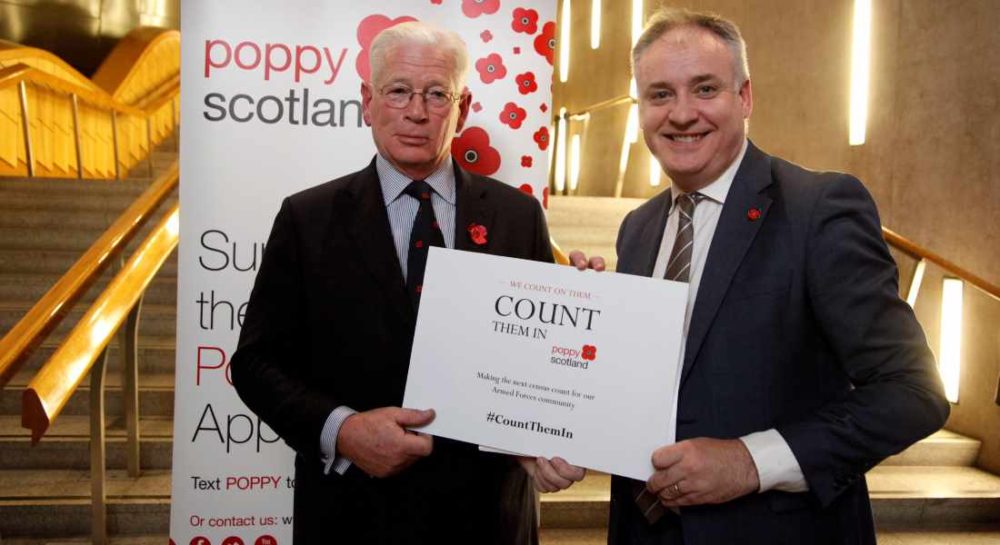 THE SCOTTISH PARLIAMENT was host to a reception for the people behind the annual Poppy Appeal in Scotland this week.

Following the event Mr Lochhead stressed the importance of people in Moray getting behind the appeal, which raises essential funding for military veterans who struggle to live outside the armed forces environment.

In the last six years public support has allowed Poppyscotland to invest over £2million to fund employment initiatives for disabled and vulnerable veterans.

Mr Lochhead said: “Poppies, which are handmade by veterans all year round, are an important symbol of respect and remembrance for those who serve in the armed forces and those who have lost their lives at war.

“The annual poppy appeal raises much needed funds to support veterans, many of whom suffer from a long-term illness or disability. Moray has a longstanding close relationship with the military, with servicemen and women and veterans being an important part our communities, and I’d encourage people locally to go that extra mile in their support for the 2016 Poppy Appeal.

“Whether it’s putting a little extra in the poppy tin, or doing something completely different to raise money for this important cause, every penny helps Poppyscotland to offer life changing support to our veterans.”

Following his attendance at the reception, David Stewart said that he is well aware of an issue faced by Poppyscotland, that they believe there to be a lack of relevant information about the armed forces community. During the 2016 Poppyscotland launch, information was made available about the #CountThemIn and #ExtraMile campaigns.

The MSP said: “Both the #CountThemIn and the #ExtraMile campaigns are great initiatives designed to show our support for our Armed Services community and to help identify the welfare needs they face.

“Our armed forces personnel regularly go ‘the extra mile’ in the line of duty and these are great opportunities for us to show our support to them in return.

“I would encourage everyone to support both of these campaigns to let our armed forces know how much their work, and dedicated service, means to all of us.”