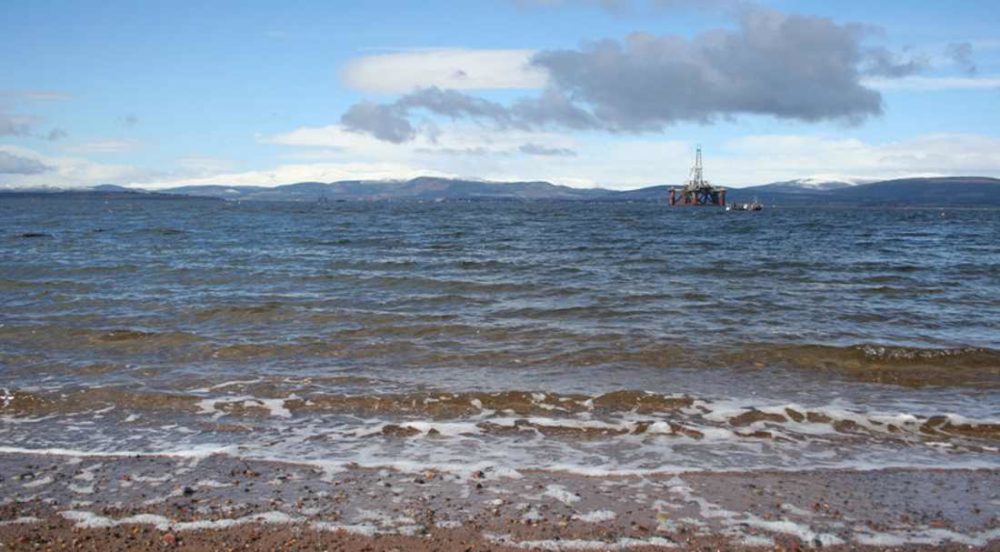 MORAY COUNCILLORS HAVE been approached by campaigners who are determined to halt the establishment of ship-to-ship oil transfers on the Moray Firth.

Highland councillor Craig Fraser has been at the forefront of the campaign since the intentions of the Cromarty Firth Port Authority plans were uncovered in December last year.

The CFPA are seeking to establish the right to conduct oil transfers on the Moray Firth at the access to their port – a plan that people all along the coast have said would bring upon the area the potential for an environmental disaster.

The original application outlines the areas that could be devastated should any oil spill occur as a result of such transfers – and these include the Moray coastline from Findhorn to Lossiemouth.

In his letter to Moray Councillors, Mr Fraser says: “You may or may not be aware of the proposal by Cromarty Firth Port Authority (CFPA) for a ship to ship oil transfer license to allow transfer of 8.4million tonnes of Baltic crude oil off the Sutors of Cromarty in the Moray Firth.

“The residents of Cromarty found out about this license when a keen eyed resident saw a public notice in the P&J on the 18th December 2015. The CFPA did not notify any community council that has a shore border with the Moray Firth – that includes community councils on the East side of the Black Isle Highland Council Ward 10 which I represent.

“Cromarty Rising (CR) pressure group based in Cromarty was set up to object to this license.”

The Councillors have been invited to a public meeting being held in the Nairn Community Theatre on December 2 when the detailed plans by the CFPA will be discussed.

Additional information can be obtained from the Cromarty Rising website.