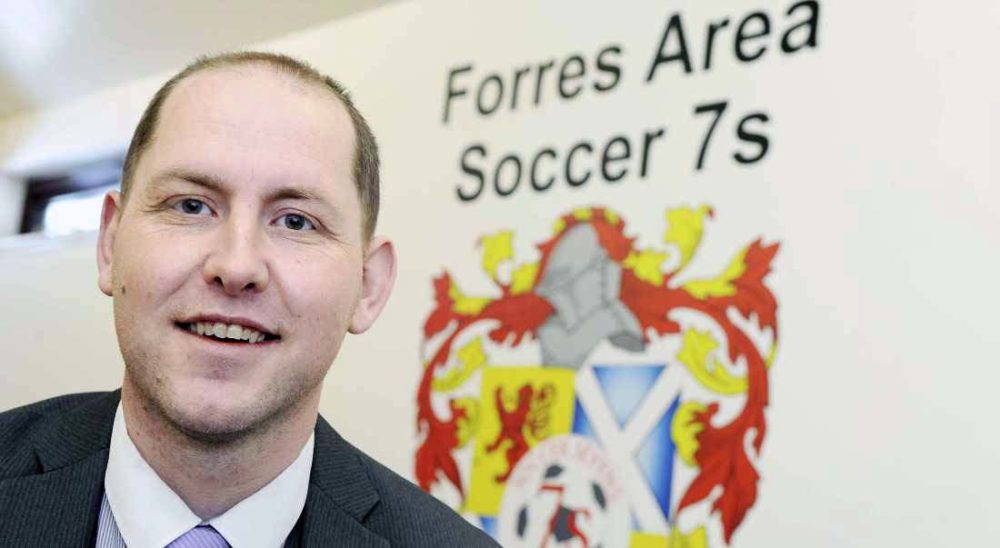 PLANS ARE BEING LAID to take a group of 16 Forres youngsters to Germany to play football against teams from their twin town.

The highly successful Forres Area Soccer 7s are hoping to take a group of seven to 13-year-olds to Vienenburg for a week-long experience of a lifetime.

As well as playing football, the youngsters will attend classes at a local school and learn more about the culture of the German town.

Shaun Moat, chairman of the Soccer 7s, explained: “We are in regular talks with the mayor there who is keen to make this trip happen and he has been helpful and forthcoming with information. It is going to be a fantastic experience for the children that we take over, but there is a long way to go to raise the funds needed.

“We estimate that we will need to raise around £7000 to make the trip happen – the date is not finalised yet, but we are looking at options.

“We have a number of events already organised including a quiz and race nights, bingo, a sponsored walk and we have a few male volunteers who are keen to do a sponsored wax, but we are appealing to anyone, whether they are connected to the club or not, to get involved and help.”

Shaun added that there is potential for a business to sponsor the entire trip or at least part of it.

He added: “We want to make this a really great experience for the kids – a kind of Soccer 7s on tour, but we will need to get them a specific Vienenburg kit to play in – someone could even just sponsor the kit for example.

“We have a supportive group at the Soccer 7s and we have no doubt that the youngsters and the parents will get involved.”

David MacFarquhar from the Vienenburg Twinning Association said he was delighted with the planned trip and said the association would do all it can to help.

He added: “When teams of young footballers from Forres Soccer 7s and JSG Harly (Vienenburg) took the field in Grant Park last year, it was the culmination of a tremendous amount of hard work put in by the two football clubs and the two twinning associations.

“It was the great experience for both groups that made the whole enterprise such a resounding success.

“The news the Forres Area Soccer 7s are going to play the ‘away leg’ of the match in Vienenburg next year is music to the ears of all those who were involved last time around.

“They will certainly get a great welcome in Vienenburg which has had ever-stronger links with Forres for nearly 33 years.

“Part of the Forres-Vienenburg Twinning Association’s remit is to facilitate such exchanges and we stand ready to help and advise in any way we can.”