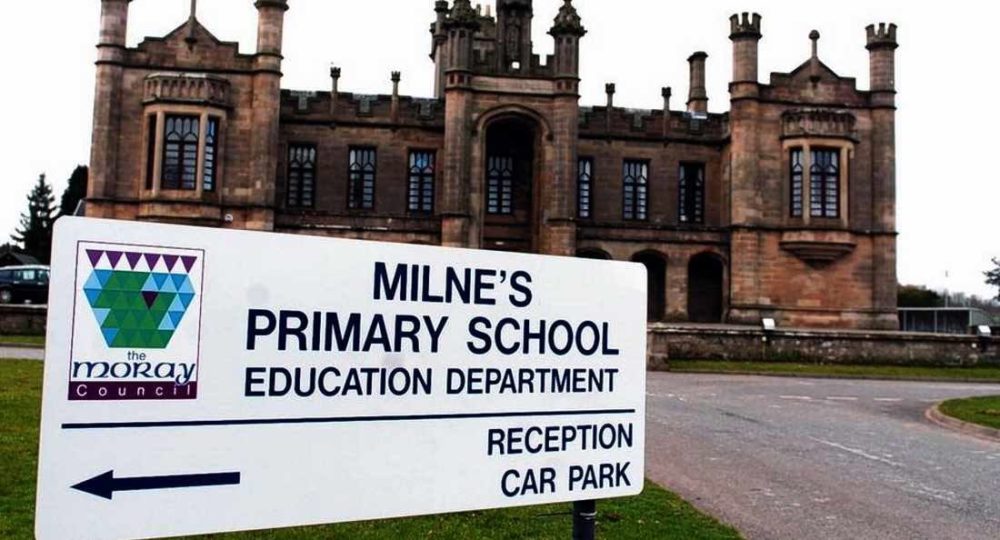 CHILDREN HAVE BEEN forced to wrap up against the cold this week in the face of freezing temperatures – inside their school building.

The failure of the heating system in the Milne’s Primary School canteen has seen children having to don coats, hats and scarves as they take school meals.

Now a local councillor has been demanding immediate action from Moray Council to act quickly on a refurbishment programme – although the local authority say that newly identified problems indicate that a permanent replacement for the heating system may take much longer to source.

Councillor Morton said: “Parents have complained to me that their children are eating their school meals in their hats, gloves and jackets because of the failing heating system in the school canteen.

“It is absolutely not on. We have waited long enough for a refurbishment program to kick off at Milne’s Primary School that would deal with the heating problems and I am pressing the council to get the ball rolling on that as quickly as possible.

“I am assured that the temporary heaters being used at the moment will make way for an altogether better, but still temporary, industrial oil heater which should heat the canteen properly.

“But this is not a long term fix. The proper fix has been on the distant horizon for far too long – we can see just how badly the planned refurbishment is needed and it’s time to get going with it.

“I’m not prepared to be patient any longer when school kids are shivering over their school meals.”

Last night the Labour councillor received an explanation from The Moray Council over what was causing the problem and the delays in warming up the canteen: “The heating in the school canteen is elderly and of a ‘blown air’ type system.

“The system has been subjected to intermittent failures for some time now and due to its age spare parts are often difficult to source. A few weeks ago the heating failed and because of the time anticipated in getting spare parts portable electric heaters were brought in to provide back up.

“Only a few of these could be used because of the load they place on the electrical system. However, these were felt to be adequate for a short period as it was anticipated that the main heater would take about a week to repair.

“It has now become evident that parts for the main heater are going to take much longer to source. As a consequence an industrial type portable oil heater has been ordered. This together with the electric heaters will ensure the canteen can be heated adequately until the main heating system is operating normally.

“In the longer term the canteen and heating system are programmed for full refurbishment. This will be part of the project to replace the hutted accommodation and link the pre-school facility with the main building.”

Councillor Morton has asked parents to keep him informed if the problems they report persist.