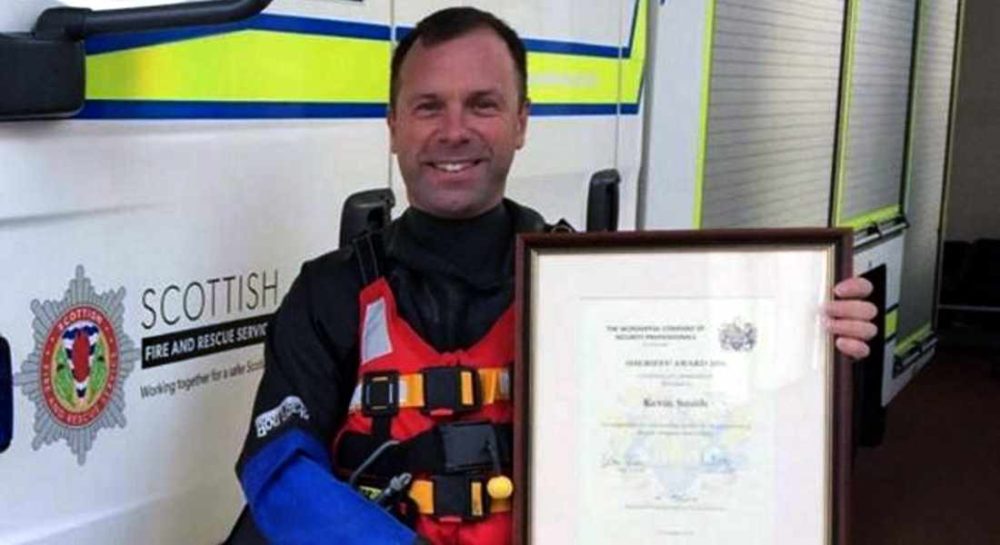 THE IMPORTANCE OF retained firefighters in local communities throughout the North East has been underlined in the story of a rescue in Macduff Harbour.

A motion tabled in the Scottish Parliament this week by Stewart Stevenson MSP has praised retained firefighter Kevin Smith from Banff after learning that he has received an award from the Worshipful Company of Security Professionals.

Mr Smith received the award in recognition of his bravery in helping to rescue a woman from a sinking car in the Banffshire harbour.

The MSP, who constituency includes part of Moray, commented: “Kevin Smith performed a very brave act and helped to rescue a woman whose car had plunged into Macduff Harbour.

“In the media coverage of his award, Kevin has come across as a very modest individual who says he was only doing his job and lays great emphasis on the two fishermen who also took part in the rescue. They also deserve commendation for their actions, which resulted in a life being saved.

“I was very pleased to be able to put a Motion down in Parliament recognising the award received by Kevin for his part in the rescue. It was also an important opportunity to highlight the vital role which retained firefighters play in the safety of their local community.

“The Scottish Fire and Rescue Service in this area relies on retained firefighters and are always on the lookout for new recruits. I hope this may help prompt some interest from people to consider serving their local community as a retained firefighter.”