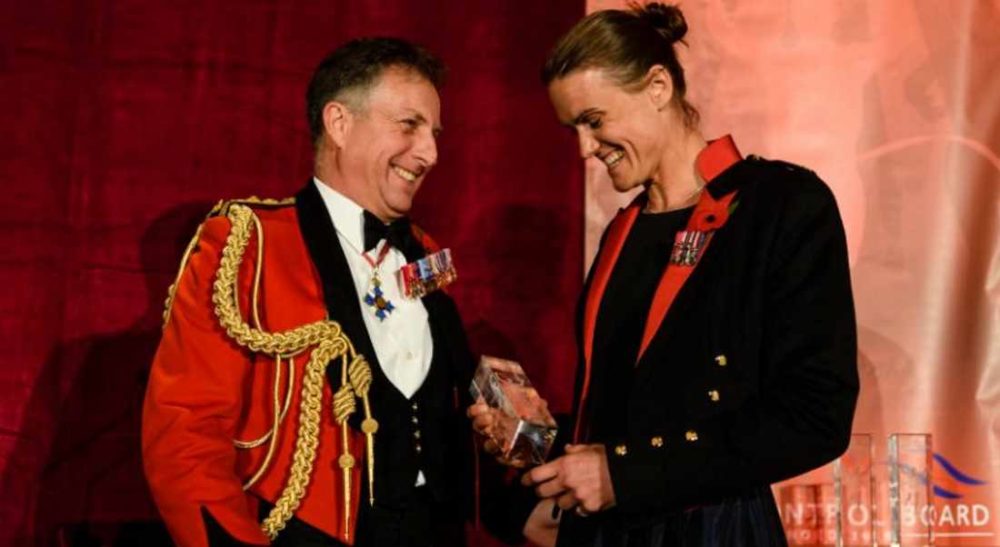 LOSSIEMOUTH’S DOUBLE OLYMPIC Gold medal winner Heather Stanning has announced her retirement from rowing, saying she will now concentrate on her military career.

Heather has become a role model for young women in Moray and throughout the UK following her Olympic exploits alongside Helen Glover, the pair unbeaten since they teamed up for the World Championships in 2011.

Announcing that she will now give the Army her full attention, Major Stanning said: “I don’t feel that I have anything more to prove to myself, but I did want things to get back to normal [after Rio] before I made a firm decision – I wanted it to be the right decision.

“Now the decision is made it will help me focus on what I do next – certainly with work and the army, because I know that is something I want to go back to. It seems the right time to make this decision.”

Heather, who will be back in Moray this month at the SportMoray Awards, said she was under no pressure to make a decision this year – but wished to be clear on what she was doing.

“If I was honest with myself and said I was going to commit to another four years, would I have the same drive and determination I had four years ago?” she said, adding: “Probably not – therefore is it worth half-heartedly committing to something?

“As last season progressed I realised I’d achieved all I ever thought I could in the sport and, as you get older, it gets harder. I’m quite content with what I’ve achieved.”

“We both worked hard. Hopefully people will look back and see two individuals who had their opportunities and absolutely made the most of their time while they were able to.”