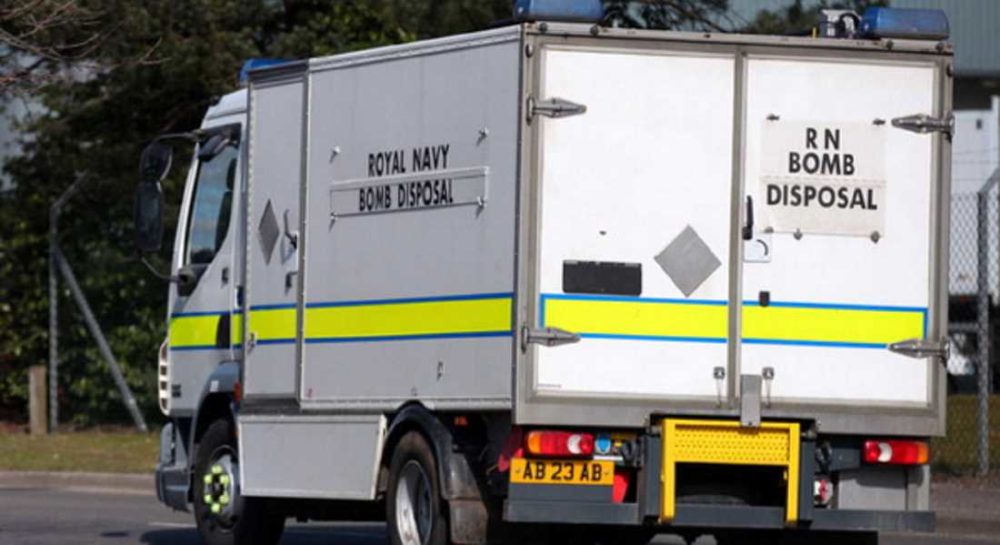 AN EXPLOSION HEARD by communities for several miles around on Sunday was the destruction of WWII explosive device on a Moray beach.

Social Media was alive with reports of a ‘very loud bang’ being heard in Burghead – sparking rumours of an industrial accident.

However, the mystery was solved when police confirmed that an unexploded bomb had been discovered on the beach just east of Findhorn. A member of the public raised the alarm at around 10.30 on Sunday morning, alerting Police and Coastguard who in turn called in the bomb disposal team from Faslane.

A large stretch of the beach was cordoned off and protected throughout the day by Coastguard officers with the Faslane team arriving in the early evening. They then had to wait until the tide had receded before they were able to blow up the device.

A Coastguard spokesman said that a major problem was the number of people who attempted to break through their cordon.

He said: “A piece of unexploded ordnance was found this morning on Findhorn Beach. Police Scotland along with Coastguards from Burghead and Lossiemouth attended, securing the area until the arrival of the Royal Navy Explosive Ordnance Disposal team, who got rid of the item in a controlled explosion at 5.30pm.

“Worringly, several people walked through the Police and Coastguard cordon which was in place around the item for everyone’s safety. To do so not only puts yourself at an increased risk but threatens everyone trying to deal with the incident.

“Please think carefully about your actions in the future. Thanks to the majority of the public in the area who did comply with the cordon and instructions of the Coastguard and Police personnel.”

Although not confirmed it is believed that the device dates back to the second world war.