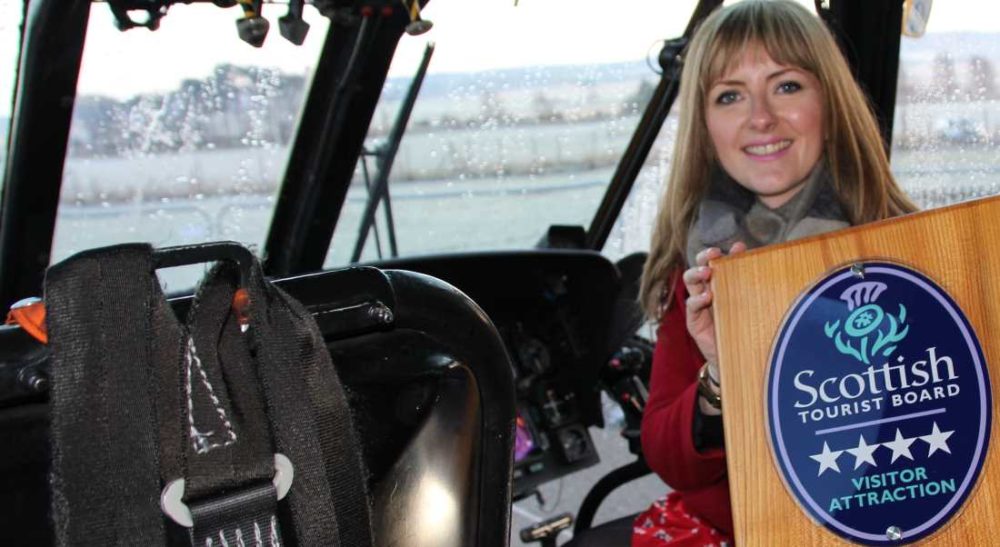 TOURISM IN MORAY AND SPEYSIDE could benefit from highlighting its most scenic routes – much as the North Coast 500 has done for the Highland economy.

That is the view being promoted by Moray Speyside Tourism in their end of year review and look back on progress made – and forward on challenges facing the industry in the region.

Highlighting what has been a positive year, Visit Scotland’s regional director for Moray Speyside, Jo Robinson, said: “There has been a huge amount of welcome investment in hotels in Moray Speyside over the last few years, including The Dowans Hotel in Aberlour, The Station Hotel in Rothes and The Craigellachie.

“These businesses are raising the bar very high, but it’s what visitors expect when they visit a region so famous for its high-quality whiskies.

“I look forward to continuing to work with these hotel owners – as well as other accommodation providers in the region – to make sure visitors to Scotland are aware of the superb visitor experience available in this part of the country.”

Looking to the immediate future, Ms Robinson has highlighted a priority for next year – to begin promotion of the ‘Snow Road’ scenic route in Moray Speyside – the route between Cockbridge and Tomintoul.

“This route, devised by the Cairngorms National Park Authority, will see the Cockbridge to Tomintoul road feature prominently,” Jo said, adding: ”With an upgraded viewpoint at the old quarry site, the ‘Language of Stone’ installation at Tomintoul is sure to create a stir next year as part of the must-do Snow Roads tourist trail.

“We are all aware of the success of the North Coast 500, and innovative installations that celebrate some of our national park’s most majestic scenery will have a major role to play in making the Scenic Route stand out from the crowd and appeal to visitors to the park and to Moray Speyside.”

It is a route that has already seen a great deal of work in recent years along the world-renowned Malt Whisky Trail which Ms Robinson said had breathed “new life” into the route, adding: “The well-considered digital campaign goes beyond the standalone narrative of the distilleries on the route, promoting the many great things to see and do in surrounding Speyside. Under James Johnston’s leadership, this digital asset is a real boon for the region and the whisky industry.”

The report revealed that VisitScotland had invested over £220,000 into project in the region over the last year – while highlighting the raft of events that were well supported by local business and residents alike.

Ms Robinson said: “I attended the new Distilled Festival in September – the inaugural event was a sell-out, which was great news and will hopefully appeal to an even wider audience than the Spirit of Speyside festival in April.

“Findhorn Bay Arts Festival and Piping Hot Forres were also very popular and I’d like to commend them both on another successful event.”

She also highlighted a new scheme that has been well received, adding: “Earlier this season, we launched the VIP (VisitScotland Information Partner) programme which allows the national tourism organisation to work in partnership with businesses to recognise the work they are already doing in enhancing the visitor experience and bringing the Spirit of Scotland to life, including the provision of visitor information.

“I am delighted to say that in Moray Speyside, almost 20 businesses have already signed up to the scheme, including visitor attractions, hotels and caravan parks, everywhere from Dufftown to Lossiemouth and Ballindalloch to Craigellachie.”

Her report concluded: “Next year also looks set to be a great year, with some fantastic projects on the horizon. With our world-renowned history and knowledgeable and passionate tourism industry, Moray Speyside is poised to take great advantage of Scotland’s Year of History, Heritage and Archaeology.

“Now is the time to harness our #ScotSpirit and make our most successful yet. My colleagues and I look forward to helping deliver this for the region.”