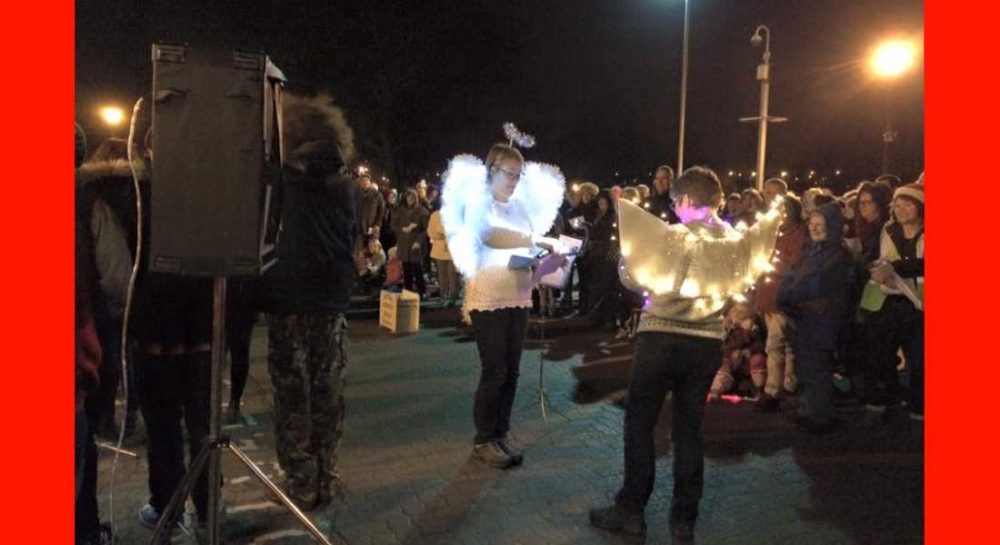 THE SPIRIT OF CHRISTMAS in Moray has never been more evident over the last 15 years than when the open-air concert is being enjoyed in Elgin’s Cooper Park.

Over that time Moray Concert Brass has been bringing the joy to many hundreds fortunate enough to attend their festive carol concert – and in the true spirit of the season, raising funding for local causes at the same time.

An area beside the Library will be set aside for the concert this year, which will be held at 5.30pm on Friday, December 23 – with the 2016 cause going to Ward 5 at Elgin’s Dr Gray’s Hospital – not an unfamiliar place for the founder and musical director of Moray Concert Brass, Glenn Munro, who was diagnosed with bowl cancer and underwent much of his treatment there.

Glenn said: “I spent quite some time in Ward 5 at the hospital – and the care I received and the staff on the ward were just fantastic. I really want to give something back and I did notice that the ward could do with some new televisions for patients to watch, so it would be great if we could raise enough money to buy them some.”

Those attending this year can expect more of the same classic carols that never fail to lift the spirits just days before Christmas – from Away in the Manger to We Three Kings, and with carol sheets handed out there will be no chance of forgetting the words.

Hot drinks will be available from Cobbs Café at the library, which will be open before and after the concert.

Glen added: “The young musicians in Moray are a real credit to the area and this concert is a great opportunity for local people to hear them play while allowing the members of the band to give something back to their communities.”

“ This year we also hope we can raise lots of money for a vital facility in the area while providing a great start to the Christmas weekend.”