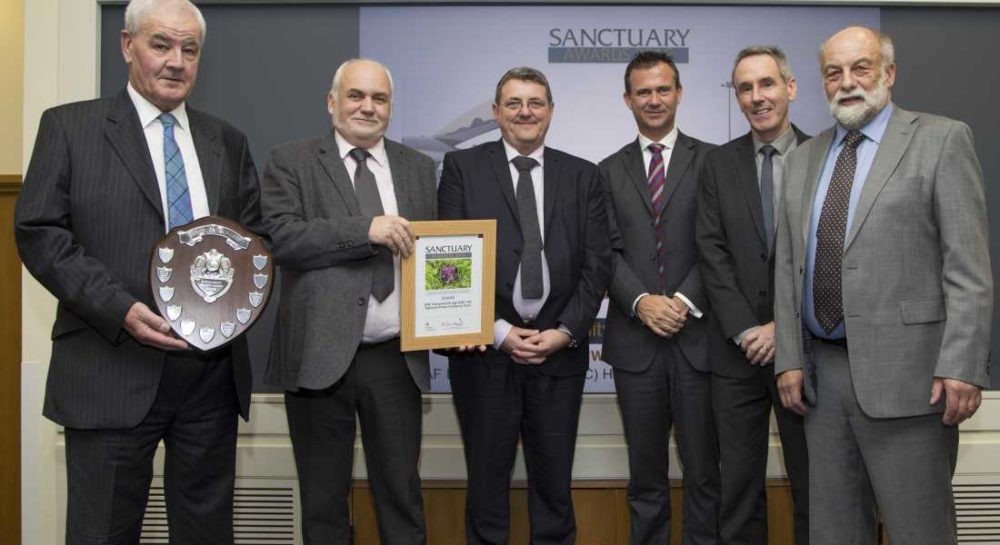 A PROJECT AIMED at preparing RAF Lossiemouth for its major role at the frontline of UK defence has been awarded a major sustainability prize.

The Ministry of Defence has revealed that the winners of its prestigious Sanctuary Awards includes the Typhoon Project team at RAF Lossiemouth for the creation of new squadron headquarters.

The awards are given each year by the Defence Infrastructure Organisation (DIO), who manage thousands of military sites in the UK and overseas, and on behalf of the MoD recognise work that promotes environmental protection on the Defence Estate.

Lossiemouth’s Typhoon project team had the task to design, contract, construct and deliver a headquarters building for the new squadron and to adapt and refurbish its cold war aircraft support facilities. This all had to be delivered sustainably to tight costs and time constraints on a complex site.

Besides the executive and administrative offices, the new headquarters building provides a ‘state of the art’ secure facility which will be used to plan and brief complex flying operations. It also accommodates the Squadron’s engineering and logistics facilities and the Survival Equipment Section, which maintains all of the high tech equipment worn by Typhoon pilots during flight.

Officer Commanding II (AC) Squadron, Wing Commander Roger Elliott, said: “I cannot thank enough all those who were involved in the design, development and delivery of the Squadron’s new headquarters building. I am delighted to take possession of the new building, and the associated infrastructure at RAF Lossiemouth.”

The project also involved refurbishing nine ‘Hardened Aircraft Shelters’ and a canteen all of which was done seven months ahead of schedule. The main squadron headquarters was also delivered a month early with a saving on the original tender target price of more than £1million.

Senior Project Manager Jim Ellistone said: “DIO has delivered a very low energy, climate resilient, future proofed, and customer focused building which was only made possible by the co-operation and full support of everyone from II (AC) Squadron, our designers and of course our contractors working as one team.

“We’re all very proud of what we achieved, especially given the time pressures we had to work under and we really appreciate that our efforts have been recognised by this Sustainability award.”