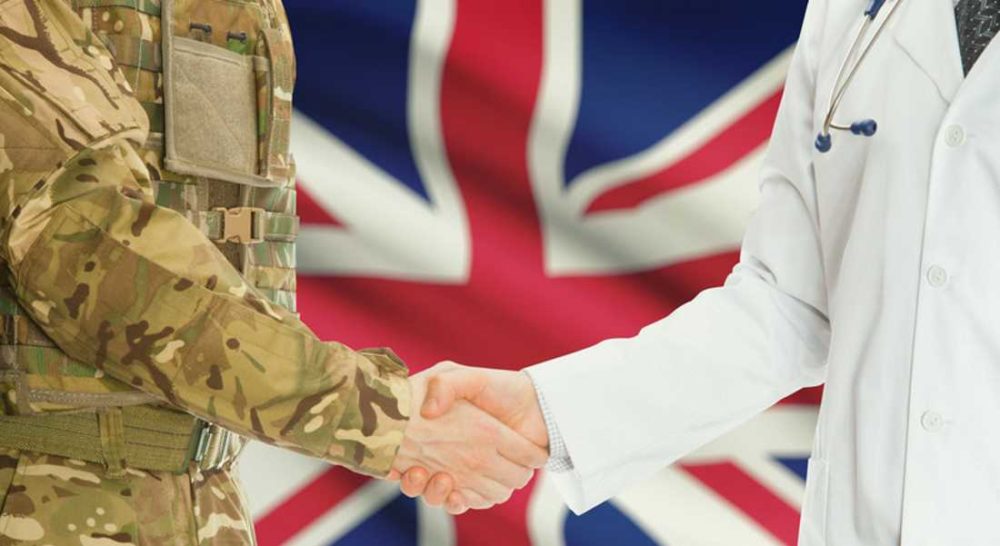 FAILURE OF A SCOTTISH GOVERNMENT scheme to recruit new GP’s in Moray and other parts of Scotland could help convince ministers to use seconded military doctors.

Last month it was revealed that the recruitment scheme paying £20,000 to new GP’s in largely rural regions had failed to attract a single trainee doctor to Moray.

One in every four GP practices say that they are understaffed – and that their workload is getting worse, with appointment waiting times growing and pressure on existing staff increasing. Two of the five ‘Golden Hello’ places allocated to NHS Grampian are for Moray – but not a single one-off bursary was taken up.

That prompted regional MSP David Stewart to comment: “Expert groups such as the BMA and RCGP have been warning for years that primary care needs more investment and attention. However, the SNP has cut more than £1billion from general practice in the last decade.”

Now under questioning from Tory MSP Finlay Carson over a similar situation in his Galloway and West Dumfries constituency, Health Secretary Shona Robison has said she would happily discuss the idea of seconding military doctors to rural GP practices.

Mr Carson said: “Rural GP practices are in crisis, GP’s are working longer hours than ever, practices are being forced to merge and there is a fear in communities that some practices will close.”

Mr Carson called on the health secretary to explore the possibility of seconding Armed Forces doctors “to ensure vital GP services can be delivered in rural areas?”

Mrs Robison said that she would be happy to meet to discuss his ideas, adding: “Obviously we would have to look at whether those ideas were practical and deliverable.

“I would point out that we have a huge amount of work under way to improve the position within primary care, a £500million investment over the course of this parliament and some short-term measures to stabilise the position and address recruitment and retention issues.”