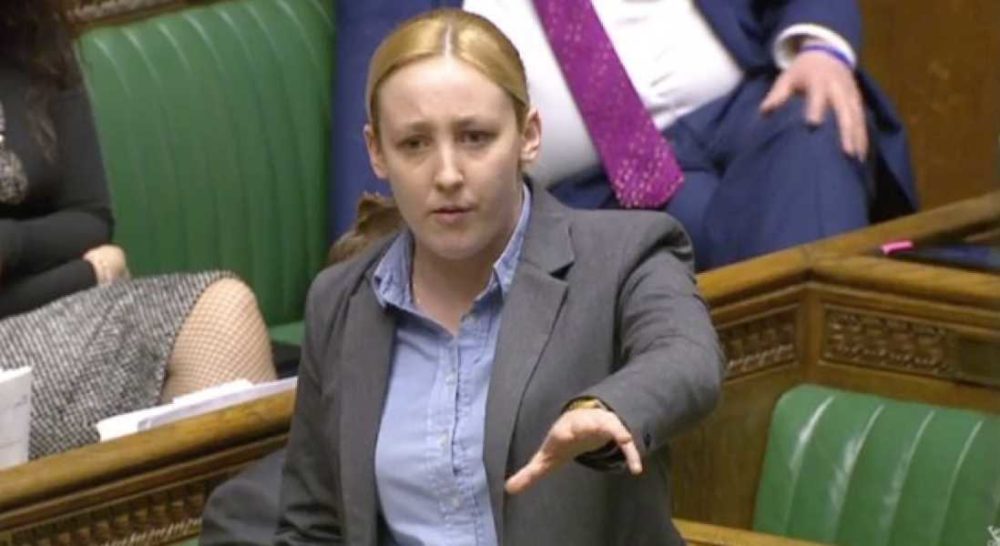 THE WILL OF THE PEOPLE should be heard in their demand for a deal for women born in the 1950s who are being denied fair pension rights.

SNP members used an opposition day debate in the House of Commons to demonstrate their backing for the WASPI campaign, which is growing both in strength and anger as the UK Government continue to ignore their demands to review their pension rights.

Thousands of women throughout the country found their retirement dates put back by up to six years – with even some government ministers admitting that inadequate notification had been given. The WASPI campaign has been particularly vocal in Moray, where they have received the unqualified backing of local MP Angus Robertson.

The SNP motion at Westminster this week received strong cross-party support – however, the Tory majority at the UK Parliament defeated their motion for a new look at pension rights by 293 to 234.

During the debate, Mhairi Black MP once again spoke passionately on behalf of the campaigners, likening government refusal to compensate women hit by the pension changes to the millions being spent to restore old buildings in London.

She said: “In every one of these debates I have said that politics is about choice, and I have lambasted the Government for choosing to bomb Syria instead of paying pensions. I have lambasted them for spending billions on Trident. I have had a go at them for doing up this Palace of Westminster for £7billion, which funnily enough we can afford.

“I understand that sometimes it can be quite dull when politicians repeat things time and again, but now there is something new. We can now also afford to pay up for the Queen’s house – we can now find the money to refurbish Buckingham Palace.

“So my question to the minister would be this – are we going to be doing up Downing Street anytime soon? Are there any other houses filled with millionaires that need to be done up—that need a lick of paint?

“It is a ridiculous notion that we can afford to fork out money for palaces—literally, palaces such as this and Buckingham Palace—but we cannae pay pensions. It is a joke.”

Following the debate Moray’s MP, Angus Robertson, said: “We have seen WASPI campaigners taking to the streets here in Moray and right across the country to highlight the gross inequality of the Tory Government’s pensions policy.

“This UK Government has treated the women impacted by these changes to the state pension age with utter contempt – women born in the 1950s have had their retirement plans completely shattered and as if this wasn’t bad enough their democratic voice is being ignored by this Tory Government.

“The UK Government must listen to the will of the people and act immediately to introduce transitional measures for the WASPI women.

“Debate after debate in the House of Commons has demonstrated the strength of public opinion on this matter and women across the country are struggling to make ends meet because they have been denied the pension they are due.

“The SNP’s independently-researched report shows that relaxing the rapid increases to the state pension age for women born in the 1950s back to the timetable set out in the 1995 Act would – at £8 billion – be significantly more affordable than the Tories’ claim that it would cost £30 billion.

“Not only that but the National Insurance Fund has a substantial surplus at present, which could quite easily cover this cost.

“Instead of forking out for upgrades to the Palace of Westminster and billions on nuclear weapons, the Tories need to get their priorities right and deliver fairness for the millions of struggling women across the UK.

“The UK Government should use the surplus in the National Insurance Fund to provide immediate relief to these women who have been badly let down are and due their pensions.”