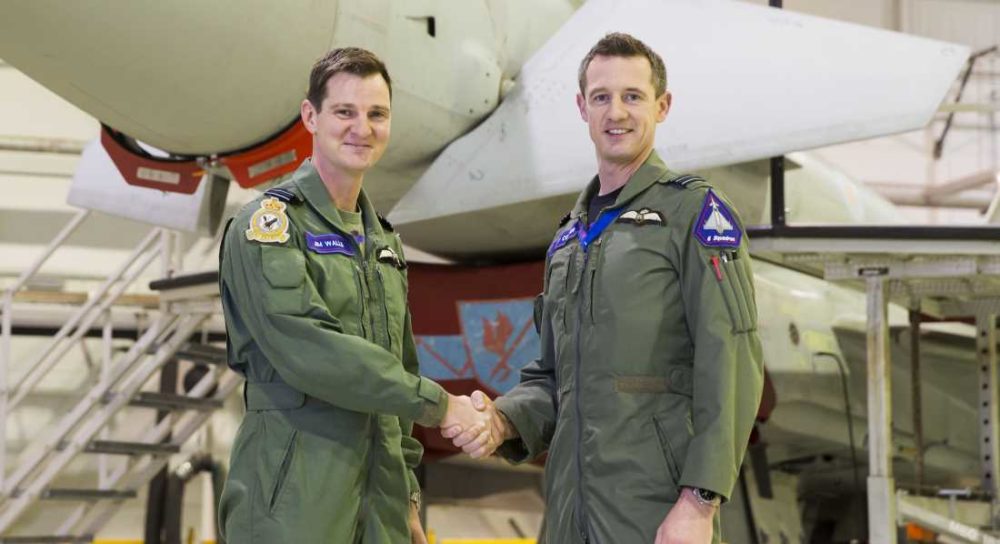 AN RAF LOSSIEMOUTH BASED Squadron has been welcoming a new boss in the form of Wing Commander Billy Cooper, who has taken command of 6 Squadron.

The Typhoon squadron has been handed over by Wing Commander Jim Walls, who had led the squadron through several recent deployments.

A proud Wing Commander Cooper spoke of his delight at taking over his new command in the UK after serving as CO of 1435 Flight in the Falkland Islands and being in command of the first Typhoon Baltic Air Policing deployment with 3(F) Squadron.

He said: “I am incredibly privileged to take command of No 6 Squadron, especially given its unrivalled history as having the longest unbroken service of any Squadron in the Royal Air Force.

“Number 6 Squadron has had an incredibly busy year of training and operational deployments; it has never failed to deliver at home or overseas.

“The coming years will be no different and I cannot say how proud I am to serve in such a prestigious Squadron, especially since my father served with No 6 Squadron in 1948. I am also excited about living in Scotland, a part of the world I have not previously been posted to.”

Looking back on his spell with 6 Squadron, Jim Walls commented: “I am proud to hand over a squadron in great shape to my successor, Wing Commander Billy Cooper.

“It has been a truly incredible tour with the most phenomenal challenges personally and professionally – setting up Quick Reaction Alert at Lossiemouth, leading the squadron to Operation Azotize (Baltic Air Policing) in 2015, Operation Shader (UK military operations against ISIL) in 2016 – and numerous worldwide exercises.”