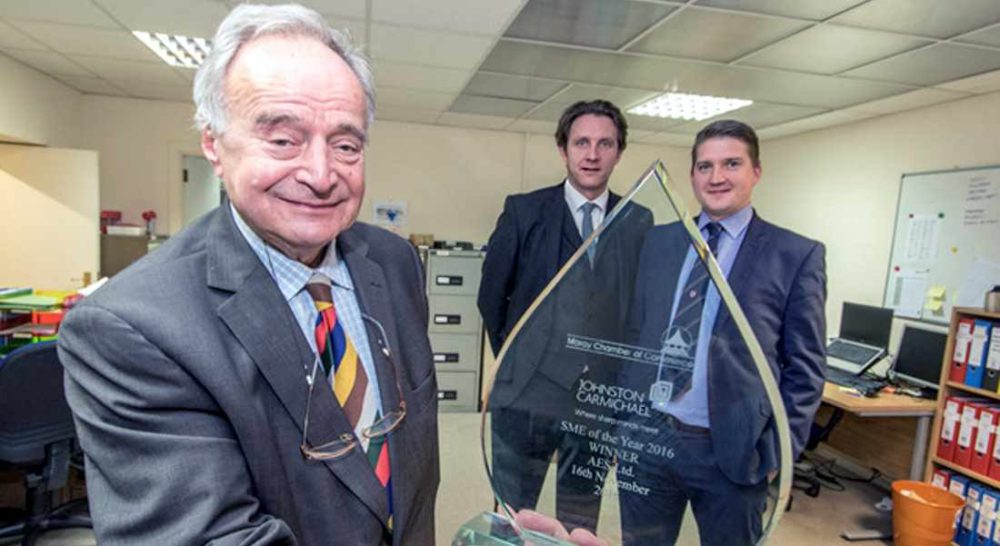 A MASSIVE BOOST has been handed to Scotland’s only manufacturer of Solar Panels, Forres-based firm AES Solar.

The firm has welcomed news that the UK Government has abandoned plans to remove solar thermal from the Renewable Heat Incentive (RHI) – a scheme that offers financial incentives for people who take up the use of renewable technologies.

Launched in 2014, domestic RHI provides financial support to the owner of the renewable heating system for seven years. However, in March it came under scrutiny – and it was expected in the industry that the incentives would be axed.

Welcoming the news that the support would continue, AES Solar’s George Goudsmit said: “This is fantastic news and the Solar Trade Association and all those who have been campaigning since it was announced in March that there would be a consultation on the issue should be celebrating.

“The renewable industry, particularly solar, has taken some knocks over the last year, but this announcement can only mean good things.”

Ten people are employed at AES including three modern apprentices – with Mr Goudsmit saying the news is good for his business and their future employment and expansion of the firm: “This will no doubt lead to a demand in solar thermal, not just from domestic customers but also from other installers who use our products.

“This can only mean expansion for us in terms of staff and potentially our premises too.

“For our customers, it means that solar thermal is now on a level playing field with other renewable options. Consumers can now have the confidence to invest in solar thermal, saving them money and energy in the long run and reducing their carbon footprint. An average four-person home could reduce their energy bill by at least 10%.

“The possible removal of the RHI has been looming over us for the last nine months, but now we, as the only manufacturer of solar thermal panels in Scotland, can breathe a sigh of relief.

“We feared it was going to be removed completely which meant it would have been a harder sell and would have made it very difficult for the Scottish government to reach its 2020 targets.

“We don’t know why the government has decided to save the RHI, the campaigning has certainly helped, but we also believe that maybe as the Scottish government are putting so much emphasis on electric vehicles and renewable heat whether Westminster felt under pressure.”