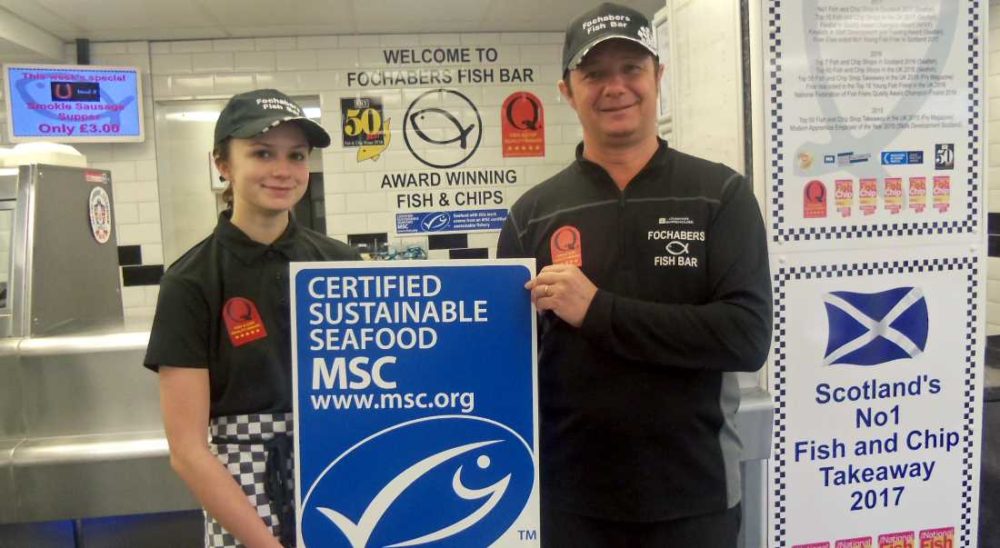 MORAY RESIDENTS HAVE never had it so good when it comes to the quality of Fish & Chips served up by an award-winning business.

The Fochabers Fish Bar has added yet another award that will further enhance a growing reputation – this time the National Federation of Fish Friers (NFFF) Champion award (Scotland) for Fish and Chip Quality.

Meanwhile Elise Boothroyd, who works at the Fochabers shop, came second in the ‘Young Frier of the Year’ competition – and the business came close to another national honour, just pipped in the independent takeaway fish and chip shop of the year crown which was taken by Kingfisher in Devon.

He said: “The news that Fochabers Fish Bar has won an award at the UK finals of the awards is great news. I’m also delighted for Elise Boothroyd for being recognised in the Young Frier of the Year competition.

“It’s wonderful to see a Moray company, and their staff, being recognised at such a prestigious awards event and shows the quality of businesses we have here in Moray.

“It’s great testament to the Fochabers chippy’s commitment to investing in their workforce that they were shortlisted in the Staff Training and Development category and that they have recently been recognised by the Marine Stewardship Council (MSC) for using sustainable fish is also great news.

“Well done to everyone at the fish bar, including Elise, for winning more awards – all of us in Moray are very proud of you.”