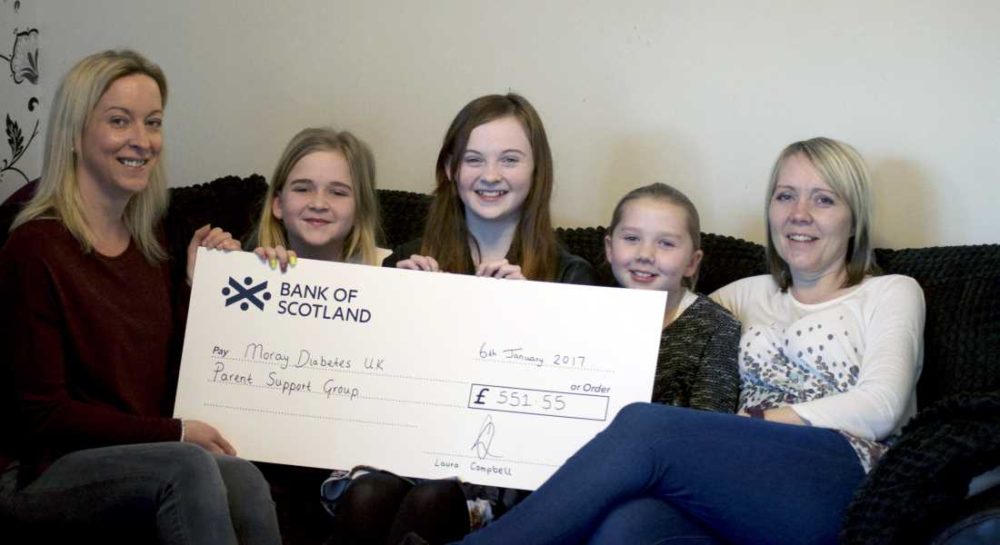 PLUCKY MORAY YOUNGSTER Laura Campbell went more than an extra mile in her wish to raise awareness of the life-changing effects of Type 1 Diabetes.

Back in November we featured how the plucky Hopeman schoolgirl had been recruiting the help of friends to pedal her way through mile after mile – without ever leaving her own porch!

Having got her own mind around the difficulties she faced in dealing with her Diabetes, Laura learned that she was one of 3800 children in Scotland who suffer – and decided to pedal a tenth of a mile for each and every one of them.

That meant an average of 13 miles each day undertaken on an exercise bike at her home – and that was quickly joined by two more when friends and family decided that they would also put in the miles to show their support for the youngster.

The task duly completed, Laura presented a cheque for over £550 to the Moray branch of Diabetes UK. Proud dad Alex Campbell said: “Laura received donations from family and friends from throughout Moray and beyond.

“When she was diagnosed in October she refused to just simply accept it, she wanted to know what she was up against and was determined to do all she could to ensure people knew about Diabetes and its effects.

“She also set a target to raise £200 – so to get over £500 was a massive bonus and testament to her own grit and determination. Laura has presented the cash to Moray Diabetes UK group saying that she hopes the money will be used to take kids in the group on a special day out.”