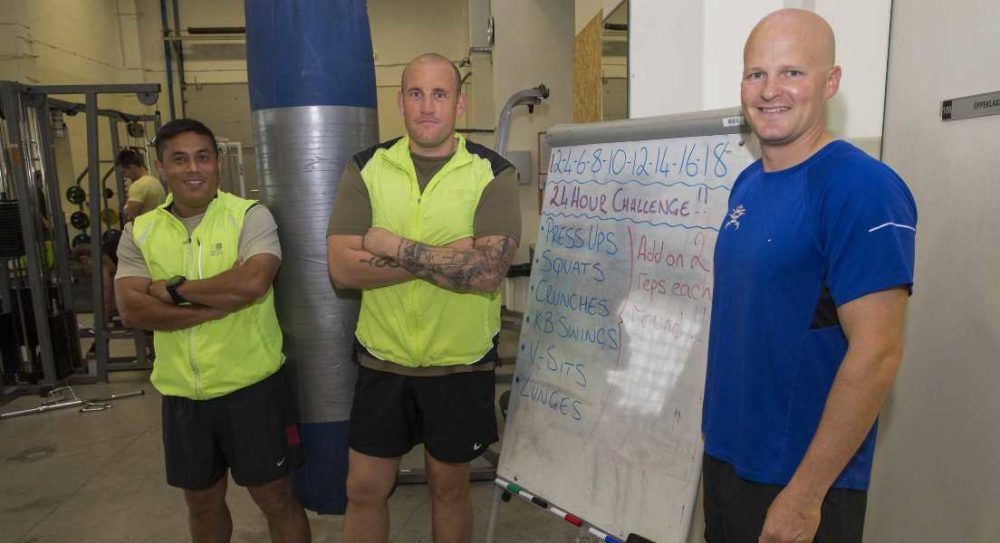 ONE OF THE most anticipated fundraising events on the Moray calendar had to be cancelled last year – but that did not stop organisers at RAF Lossiemouth from raising over £1400.

The Lossiemouth Raft Race was lost because of high winds on the day – and such is the complexity of the event, it was not possible to reorganise it for another day.

However, thanks to generous locals, businesses and organisations, RAF Lossiemouth was still able to present £1400 to the two nominated charities for the 2016 event.

MFR Cash for Kids and Lucky 2 Be Here were each given £700, the money coming from some stall holders’ donations, team sponsorship being donated despite the race not taking place and event sponsorship by Tulloch of Cummingston.

The Cummingston firm have also committed to being the main sponsors for the event until 2021.

Meanwhile three servicemen from the Moray base presented a cheque for just under £3000 to Hythehill Primary School in Lossiemouth to help them build a new outdoor play area.

Sergeant Woods said: “Hythehill was chosen as two of us completing the challenge had children at the school as well as Officer Commanding II (Army Cooperation) Squadron, not to mention the many other individuals at RAF Lossiemouth who have kids there.”