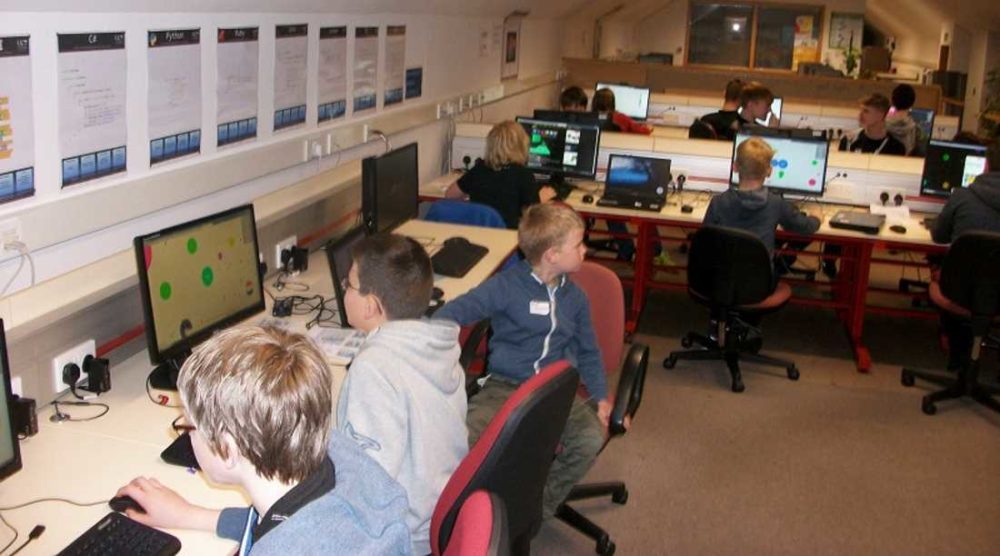 FUTURE GAME AND WEB designers as young as nine have been learning some of the skills required at the Moray version of an international initiative – CoderDojo.

The Moray CoderDojo club will celebrate their third anniversary on Wednesday – three years in which they have been meeting each month to learn from volunteers at the Moray College UHI computing department.

Claire Griffiths, a teacher of computing and information technology at secondary schools throughout Moray, was behind the formation of the club on January 18, 2014 – now three years on around 20 enthusiastic youngsters attend meetings at the college.

“It gives them an understanding of how computers work,” Claire said, adding: “It is like a car – those that can do basic maintenance get more out of them that the ones who just drive. We teach children to install software and some tips for what to do when things go wrong.”

CoderDojo is a growing global network of clubs in 22 countries, teaching over 10,000 children to write computer code and programs as well as related skills such as video and picture editing and advance web design.

In Scotland so far this year alone clubs have attracted just short of 5000 young people to 358 CoderDojo meetings – a spokesman said: “At a CoderDojo event the only limit on what you can do is your imagination.

“You can learn new programming languages, create apps for your computer, tablet or phone, build websites, make games and much, much more. There is only one rule – ‘above all, be cool’.

“The driving force behind CoderDojo Scotland are the volunteers and mentors from technology and education backgrounds who wish to inspire the next generation of digital content makers.”

Anyone interested in taking part in the sessions – suitable for young people aged from nine to 17-years-old – should visit the Moray page of CoderDojo Scotland.