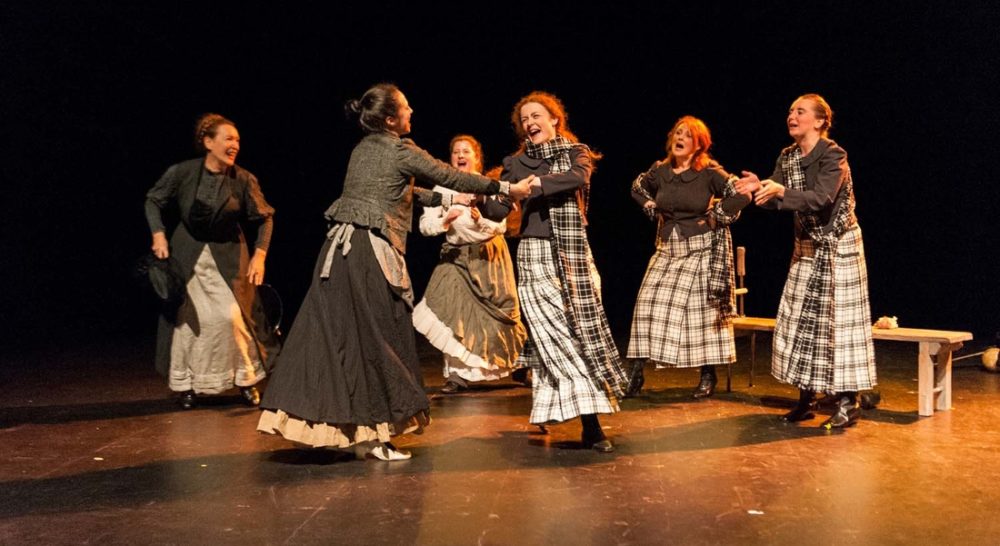 ONE OF THE UK’S leading theatre companies has revealed that it will be returning to Moray next month to perform at the Universal Hall in Findhorn.

Charioteer Theatre and Piccolo Teatro di Milano – Teatro d’Europa, say that they are delighted to be returning to Scotland with ‘A Bench on the Road’.

A musical written and directed by Laura Pasetti, A Bench on the Road is described as “a rich piece of musical and visual storytelling exploring women’s experiences of Italian-Scottish immigration in Scotland between 1850-1950”.

It is based on hundreds of true stories collected over 30 years of research, and tells of Scottish and Italian women divided, yet united, in the battle for identity and belonging.

Seven women will be on stage – six actresses and one accordionist – telling the story of the many women who emigrated from Italy in one hundred years of history. Ancient traditional songs, Scottish and Italian folk music, physical theatre and an interesting marriage of languages and dialects will give life to the stories of daughters, mothers, sisters – three generations of women embarking on the same journey in search of a new beginning.

A spokesman said: “The production started as a piece of research commissioned in 2013 by the University of Edinburgh under the Italian-Scottish Research Cluster project (ISRC) and resulted in this production, based on the archival items held by the ISRC, including recorded interviews and other personal documents, regarding and involving women.”

A Bench on the Road is supported by Creative Scotland and sponsored by Italian Cultural Institute of Edinburgh, Italian Chamber of Commerce, Italian Scotland, Paramount Creative and ifs Worldwide.