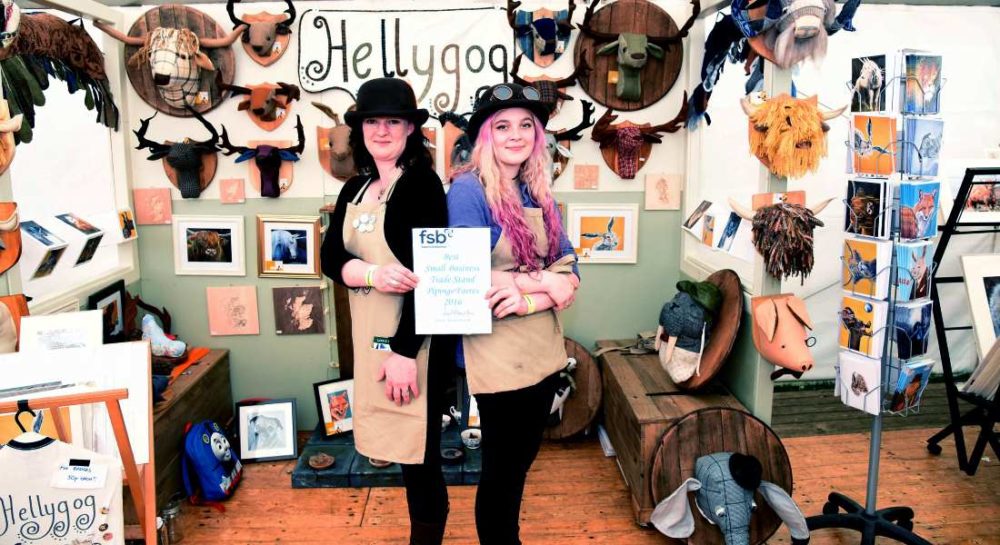 THE SEARCH IS ON for local groups and businesses who wish to play a part in the largest single event taking place in Moray this year.

Piping At Forres – the European Pipe Band Championships – is being held on Saturday, June 24 in Forres at Grant Park, where the Benromach-sponsored event has been so successfully held over the last three years.

To get the ball rolling event organisers are looking in particular for crafters and food and drink producers in Moray to get in touch about taking part in the event, which boasts not only world-class piping, Highland dancing and the World Tattie Scone Championships, but also a food and drink village, a craft and retail village, bars and family attractions such as funfairs.

There are places for over 100 stalls at the event, with spaces available within and outside the marquees that form part of each village.

Alan James, chairman of organisers Forres Events Limited said: “Piping at Forres is now in its fifth year and is really now on the events calendar for Moray. This is a fantastic opportunity for local food, drink and craft producers to showcase their products to an audience that comes from all over the world.”

Information about being a stallholder and access to the online application form is available on the Piping At Forres website.

All small stallholders will have the added bonus of being in with the chance of winning the coveted title of Best Small Business Trade Stand, a competition run by the Forres branch of the Federation of Small Businesses, with the winner also taking home £150.

Piping At Forres organisers are also keen to hear from any businesses interested in sponsoring the event.

David Morgan, the event’s sponsorship manager said: “We have several sponsorship opportunities and anyone wishing to be part of this spectacular event is encouraged to get in touch.

“We rely on sponsors to help put on this event and we are very grateful to those businesses who have been loyal to us over the years and help bring significant economic benefits to the region.”

There are several levels of sponsorship, and any business wishing to help out should head to the event website. Anyone wishing sponsorship information should go to http://pipingatforres.com/sponsors-traders/sponsorship/.

Piping At Forres will, as in past years, give a stall free of charge to six selected charities. The selection will be from made by the company from charities that have applied for a space using the link.

Volunteers are also being sought for the event, with meetings to be held in the weeks before the event. These will be announced online at on the event’s Facebook and Twitter pages.