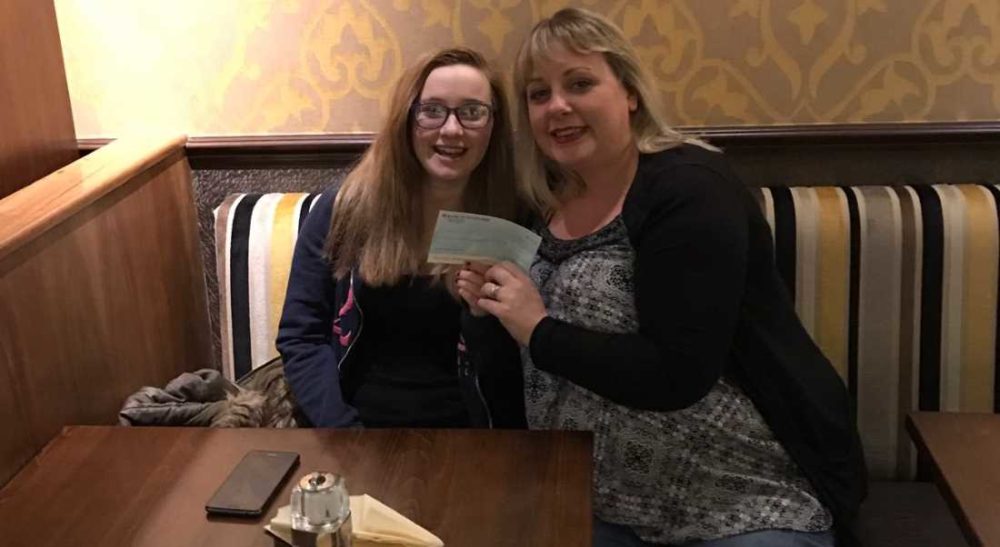 AN AUTISTIC MORAY teenager was behind a concert that managed to raise over £1000 for the Developmental Disorders Support charity.

18-year-old Amber Thornley organised, hosted and performed at a special concert earlier this month in the Inchberry Hall with support from local performers Footerin’ Aboot, Lizzie and Bob Sharp and Keith fiddler and singer Cassie Finlay.

There was also what Amber described as an “upbeat selection of contemporary Scottish dancing” provided by Daisy Wiles and Beth Daley – and particularly stunning vocal performances from Erika Stewart and Rowan Mathews.

Amber was determined to raise at least a four-figure sum for the charity was delighted at being able to hand over a cheque for £1020.

“That support is aimed at people with disorders such as ASD, ADHD and Tourettes, The ‘coping’ strategies, support and advice the offer helps to minimise the effects of such disorders and helps prevent them being a barrier to a happy and successful life.

“I was very honoured to be able to showcase such a wealth of local Moray talent and greatly appreciated the help and support received from friends and family – and, of course, everyone who came along and helped to set things up, in particular Chris Wiles for acting as compere and Calum Jones who looked after the sound system.”