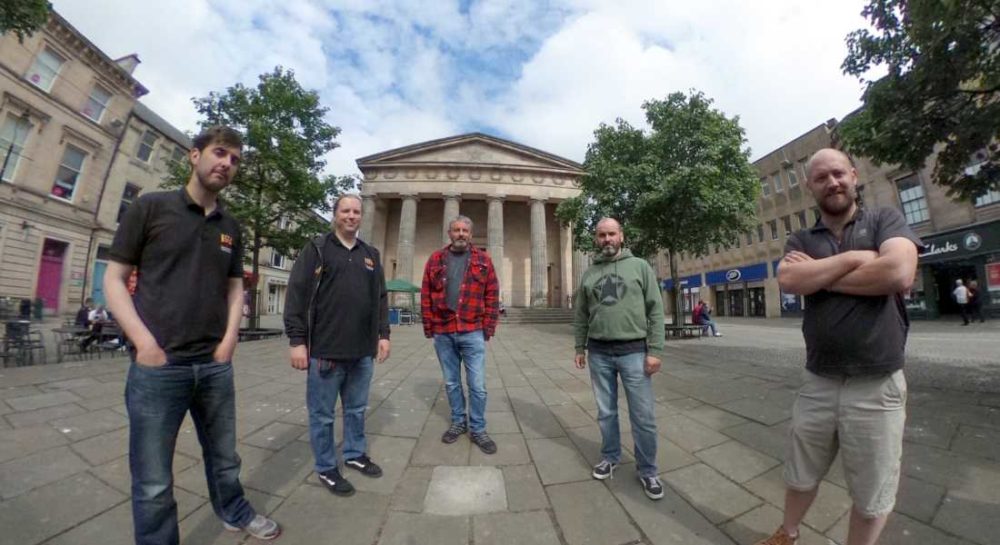 Barry Jarvis writes for insideMoray today and explains how a movement has emerged in Elgin that aims to recreate the glory days of the iconic Two Red Shoes.

THE TWO RED SHOES – an iconic name for what was for many years an iconic music venue in Elgin.

At its peak the line-ups were a veritable ‘Who’s Who’ of up-and-coming musical giants, from the Beatles (who as local legends go were billed as the “love me do boys” because the promoter did not like the name) to the Rolling Stones and Pink Floyd.

It’s closure as a venue in 2010 brought together the trio of a local Councillor, a musician and the grandson of the original promoter in an attempt to save the iconic venue. ‘Save the Red Shoes’ resulted in community interest, a very rough business plan and the Facebook page ‘Elgin Needs a Venue’.

It was through the social media page that in 2014 Mark Conti, the lead singer in a local band, put out a call suggesting that it was about time we came together as a community and sorted the situation out.

His call brought together a group of individuals that included local promoters, music fans and musicians themselves. They quickly branded themselves the ‘Lantern of the North’, taking their name from the Elgin Cathedral that has been a landmark for centuries.

The first, was to start working to use the contacts the group already had to bring up and coming bands and local talent together and putting on a series of events and performances. Names such as Tijuana Bibles, Silver Coast and the Medicine Men performed alongside established local names such as Edgar Road and Chris Grant in paid events, while showcase events provided the first opportunities for acts to cut their teeth in live performances with the support of a knowledgeable and experienced crew.

Their ability to pull together artists and put on a well-managed show led to them becoming the vehicle to deliver ‘A Very Victorian Christmas’, an attempt to recreate the sights, sounds and smells of days gone by with music and other performances throughout the day, roasted chestnuts, mulled wine and traditional activities.

This culminated in a Victorian Banquet in the evening where guests enjoyed a selection of specially chosen treats and drinks whilst being entertained by some of the best that Moray had to offer.

A hugely successful event that managed to be delivered on a shoestring budget and in true partnership with other businesses and organisations, not bad for a group that comprised entirely of volunteers with full time jobs and families!

The second function involved continued and earnest work to identify suitable locations for their own home.

Many places came and went with leads coming from local businesses the Councils Economic Development team and personal contacts. The trouble was the perennial issue of finding the right venue in the right place, at the right price and with the right space that could create a purpose designed space that could provide the right mix of enterprising activities that would support the building on an ongoing basis.

Hopes were raised then dashed, sometimes there was no funding that would be able to work, sometimes the building presented challenges that made it near impossible to be sustainable and other times for one reason or another it just would not add up.

Now however the group believes that they have found a suitable location.

While they are keeping tight lipped about the actual location other than to say it is a prominent City Center building that is currently vacant, which at the moment does very little to actually narrow it down, Lantern of the North have been working closely with Highlands and Islands Enterprise and have identified a potential source of funding, they have a concise business plan, and they have formed themselves a Company Limited by Guarantee with articles that meet all the tests of them accessing funding.

They even have a vision of what the building will look like when it is fully operational, and have had the time to plan the first in a new series of intimate gigs in a local tearoom featuring local artists and streamed live on Facebook

But what they need now is to prove they have the support of their community.

They have launched a membership drive aimed at bringing as many folk within the IV30 postcode on board to be the guiding lights, sounding board and of course customers of the venture. They hope that once they have a strong core of members they can push forward with their plans and create the venue that they have fought so long for.

For anyone interested in becoming a member or for more information about Lantern of the North and what they do it can all be found at www.lotn.co.uk or on Facebook or by emailing info@lotn.co.uk.