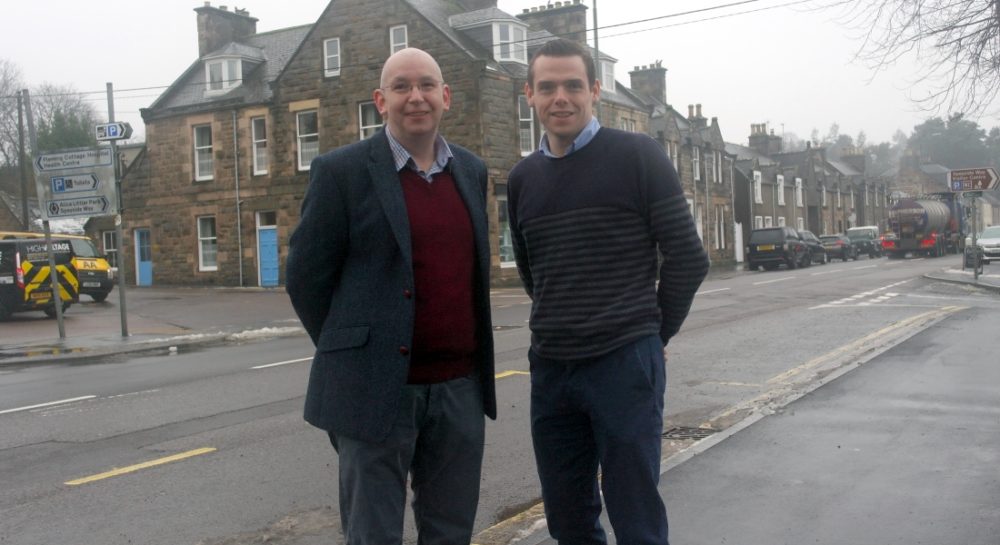 A FORMER ROYAL NAVY serviceman has been revealed as the sixth Moray Conservative’s candidate for the forthcoming council elections.

Walter Wilson has been selected to represent his party for the Speyside Glenlivet ward in May’s election.

Born and bred in Moray and after leaving school Walter gained a degree in Commerce and Law at Abertay University before spending a short spell as a civil servant. He joined the Royal Navy and served for 10 years, serving on Type 23 frigates HMS Richmond and HMS Somerset and the Type 42 destroyer HMS Manchester.

On leaving the Navy he decided to pursue a career in industry and trained as a chartered accountant.

“For the past 13 years, I have worked in the manufacturing, engineering and energy sectors,” he said, adding: “This took me around the country but I always wanted to return to Moray and I am very pleased to be back here.

“Serving as a councillor would be a new challenge for me and I have no illusions about the demands of the role both as a representative of a very large and diverse rural ward and also in meeting the challenges facing local government.”

Walter said he was “greatly honoured” to be chosen to contest the ward, saying: “I have a lot of friends and relatives in the ward and have been greatly encouraged by their support and offers of help.

“My parents lived near Tomintoul and there are many family tales and legends about my grandfather, Jimmy Wilson, who toured all the village halls in the area with his fiddle for Friday night dances.

“Speyside Glenlivet is a huge geographical area and is easily the largest ward in Moray. As well as major centres like Dufftown, Rothes and Aberlour, the ward extends all the way south to Tomintoul and as far north as Dallas. It’s a beautiful area and I look forward to campaigning in every corner of it.”

As with all the Tory candidates, Walter has received wholesome backing from regional MSP Douglas Ross: “If elected, Walter will bring a wealth of experience to the Council. His expertise as a chartered accountant with years of experience in industry will be extremely valuable.

“The council will benefit from people who understand the needs of local businesses and Walter has that in abundance. I also think that many people in Moray will relate to someone with his military background and training.

“I am very confident that he will be an outstanding representative for the communities of Speyside and Glenlivet and will always put their interests first.”

Placing education high on his priorities, Walter will remind the Council of their statutory obligation to deliver primary and secondary schools, saying: “Nothing can be more important than ensuring that responsibility is discharged as well as possible. Our young people deserve nothing else and I will do my very best to ensure the council delivers.

“Another priority is the environment – Moray is a special place. Let’s keep it special by protecting the environment. We owe it to ourselves and to future generations.

“I hope to see as many local people as possible during the campaign, but I would really like to find out from residents what their concerns are – they can contact me by Email to walter4speysideglenlivet@gmail.com or write to me at Moray Conservatives, 26 Hay Street, Elgin, IV30 1NQ.”