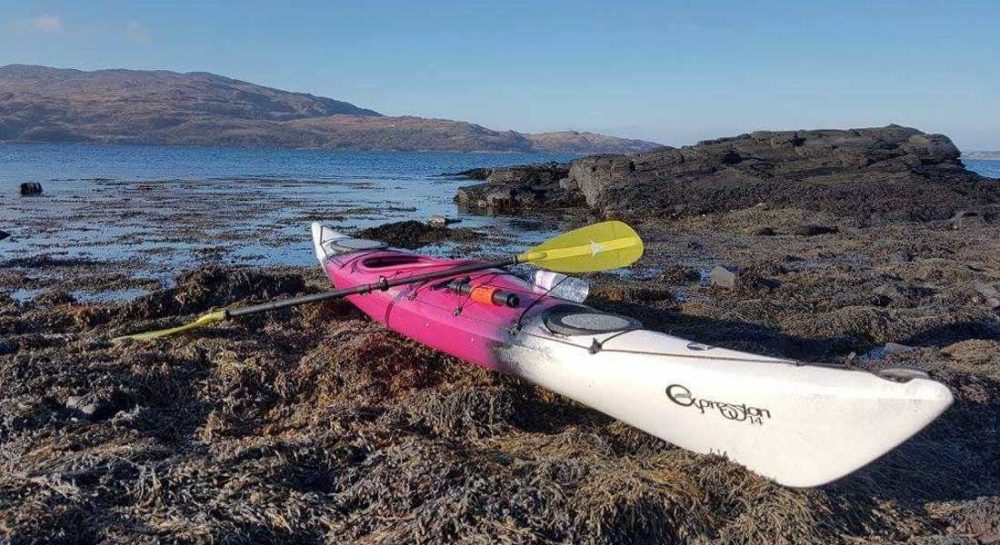 THE FAMILY OF missing Kayaker Dominic Jackson have issued an appeal for information as the major search to locate him along the Moray Firth continues.

Mr Jackson was reported missing on Sunday evening after failing to return from a sea-kayaking trip.

He left his Fettercairn home on Friday evening and travelled to Portsoy Harbour, where his green VW Transporter was traced. People are being asked to keep a lookout for his Kayak, described as multi-coloured with a blend of purple, black and whites.

Inspector Ewan Strachan has thanked the public for their assistance while land, sea and air searches continue. He said: “I know that volunteers have been out assisting on foot with ongoing searches, and I would like to thank them for their help at this difficult time.

“Through enquiries carried out this afternoon, the last confirmed sighting we have of Mr Jackson is on Saturday morning between 10.30am and 11am where he asked some local people where the best kayaking spot might be.

“A vast area has already been searched on both land and water – stretching from Buckie to Fraserburgh – and our efforts will continue. Our officers are being supported by the Coastguard, RNLI, and diving team, including use of a fixed-wing aircraft. Strong gales are expected across the Grampian coastline tonight, and we will deploy our resources accordingly.”

In a further statement released on behalf of Mr Jackson Family, Police added: “We are desperately worried for Dominic and would urge him to make contact with his family or Police to let us know he is OK. This is completely out of character and we just want him home. We would also like to thank local people who are assisting with the search.”

Anyone with information is asked to contact Police Scotland on 101.