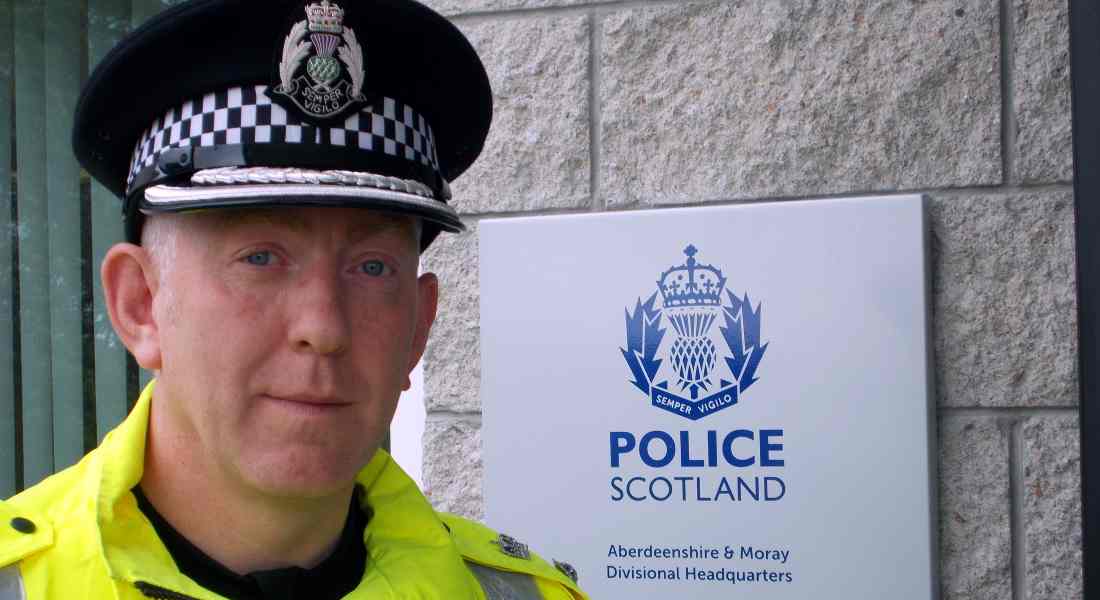 POLICE CHIEFS INSISTED that Moray remained one of the safest places to live in Scotland following their report to Councillors yesterday.

Presenting a set of statistics to the end of last year, the report to police, fire and rescue services committee reported crime rates at their lowest in five years with detection rates reaching an all-time high.

Chief Superintendent Campbell Thomson said: “Crime in Moray has significantly reduced due to some excellent work in North East Division, but I know these positive results could not be achieved without the strong partnership working which exists across the region and support from the public.

“Tackling acquisitive crime is a priority under Operation Magpie, with day-to-day analytical work carried out combined with preventative tactics to identify offenders and maximise enforcement opportunities.

“In addition, motor vehicle crime in Moray is down a third on last year and around 30% on the 5-year average. Detection rates are also up 15%.

“Vandalism has also significantly reduced, down a fifth on the past 5 years and 19% on the previous year. Operation Regard was launched to tackle vandalism in Moray as, although it may appear to be a lower level crime, it seriously affects the quality of life for those living and working here.

“My message to those individuals who choose to disrupt our communities is clear – your actions will not be tolerated and we will use every tactic available to us to identify you, trace you and bring you to court.”

Another victory was claimed in the disruption of at least three serious organised crime groups operating in Moray over the past year, along with smaller groups tackled under the division-wide operation to tackle drugs, Operation Aspen.

Around 70 drugs warrants were executed between January 1 and December 31, with a potential value of £123,360.

Chief Superintendent Thomson said: “North East Division will continue to robustly target SOCGs which operate in our communities to ensure that Moray remains a hostile environment for them to operate.

These groups are predominantly English-based and not local to the area, so therefore don’t care about the impact they have.

“I would continue to urge the public to assist us in targeting those intent on harming our communities by dealing drugs to let us know your concerns if you suspect someone is involved in illegal activity.

“While I welcome these encouraging figures, there is no room for complacency. Less crime means less victims which means safer communities for all those who live and work in Moray.

“We remain committed to working alongside our partners and with our communities to build on these positive results.”