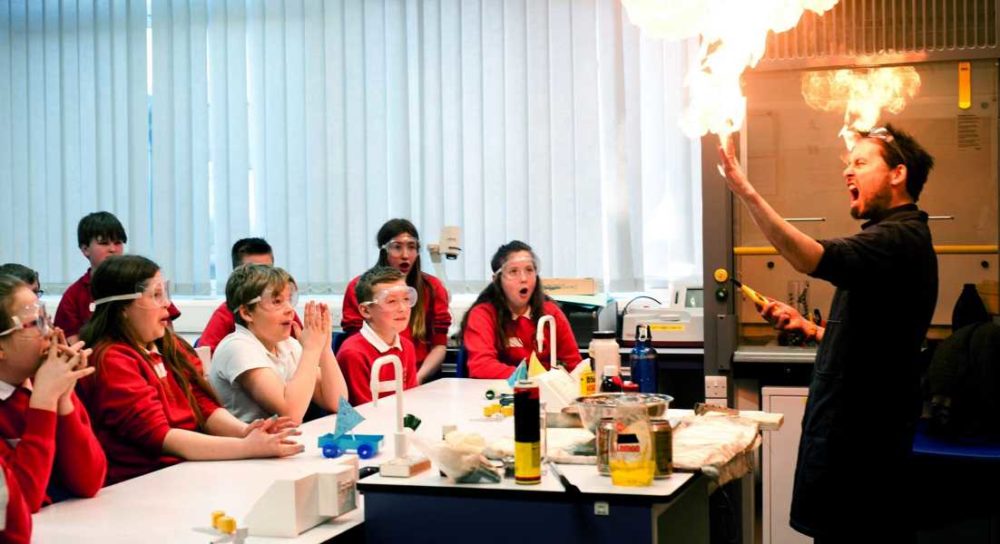 A MAJOR RETHINK of the annual Moray Science Festival is being applied ahead of the 2017 event, which it has been revealed will not follow its usual format.

The Festival, which will celebrate its 25th anniversary next year, is operated by Moray College UHI – and for this year they have decided to step back a little, organising a number of smaller events relating to Science, Technology, Engineering and Maths (STEM) subjects.

These will be offered to school later in the year, rather than at a single Festival which, in the past, has entertained and enthralled Moray schoolchildren of all ages.

A spokeswoman for Moray College UHI said: “Since its inception, the Science Festival has grown in size and popularity and we feel this year – before we celebrate the 25th anniversary in 2018 – is the time to review its vision and to build an infrastructure where we can ensure its continued success for the next 25 years.

“While we appreciate that our many younger, older and family visitors will be disappointed this year, we intend to be back in 2018 with an experience bigger and better than ever, introducing new and innovative activities to celebrate this special anniversary.”

It is expected that the revitalised Festival will continue to work closely with schools through a range of STEM-based activities, and will continue to engage and inspire pupils as well as informing their future career choices.

An assurance has been given that the ever-popular Families Day will continue to form a key part of the Festival.