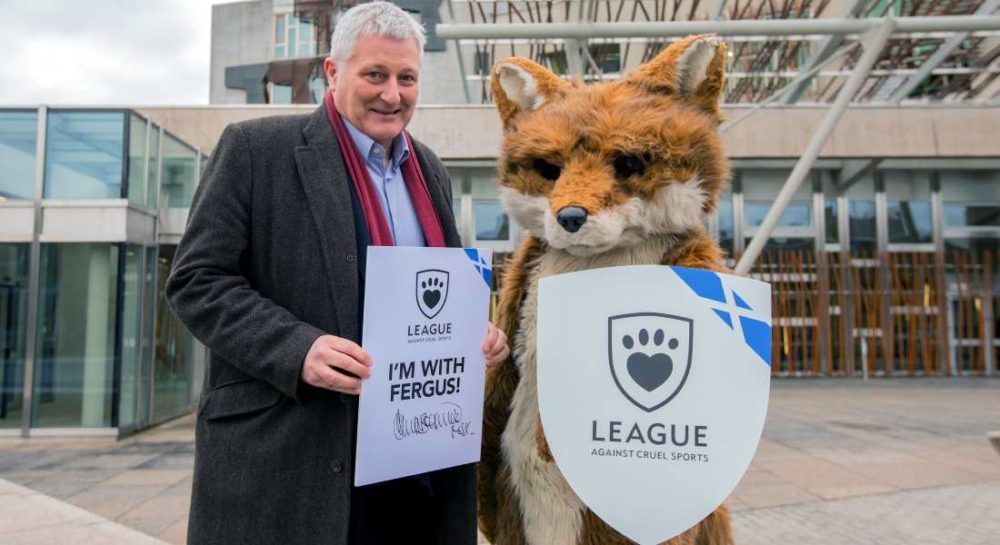 THE FIFTEENTH ANNIVERSARY of legislation protecting wild mammals from being hunted for sport is being marked this week by regional Green MSP John Finnie.

Mr Finnie joined the charity the League Against Cruel Sports (LACS) and Fergus the Fox to mark the anniversary of the legislation – which a recent Scottish Government announcement revealed will be further strengthened.

A campaign by the LACS to strengthen the law has been supported by 15,000 members of the public

Mr Finnie said: “I’m very pleased to stand by Fergus the Fox and back the findings of the independent Government report that calls for the hunting ban to be strengthened.

“I oppose fox hunting and other cruel ‘sports’ and will continue to work for the highest possible standards of animal welfare.”

Robbie Marsland, Director of League Against Cruel Sports Scotland, added: “Scotland is a nation of animal lovers and this is clearly demonstrated by the overwhelming support for our campaign to strengthen the law which was meant to prevent wild mammals being chased and killed for sport.

“We warmly welcome the Scottish Government’s commitment to consult on this, along with the support of MSPs who have joined Fergus the Fox to mark the fifteenth anniversary of the Act and give their backing to the campaign.”