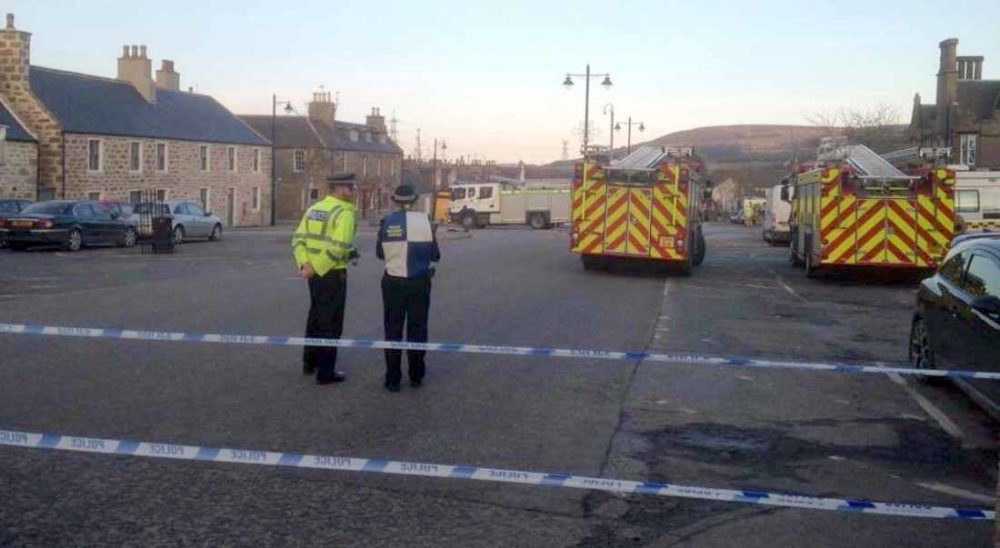 POLICE ARE HOPING to find out who was responsible for a bizarre letter to a Moray pub that sparked a major terror alert in Keith on Thursday evening.

All three emergency services rushed to the Crown Inn on Reidhaven Square after being alerted to a suspicious package opened in his normal mail by landlord Jock Mackay.

Mr Mackay was startled to find it contained a letter that appeared to be from a member of the terrorist group IS. The package also had a small foil wrap containing an as yet unidentified substance.

The typed section of the letter read: “Please please support your MP SNP Angus Robertson and our sister vocal and financial supporter Gina Miller to stay in the EU as we have many more of our brothers and sisters wanting to join our brothers and sister in Glasgow with your help and our sympathetic the leader N Sturgeon and you we can be a Muslim state in the next 30 years. So please keep the door open via the EU. May Allah be with you all.”

Below there was a hand-written message “A little treat from Angus via Gina Miller promotion company – enjoy!”

Gina Miller is the investment manager and philanthropist who through taking court action against the UK Government forced them to hold a vote in the Parliament before the process of leaving the EU could begin.

Police were informed shortly after 2.30pm and the entire square was very quickly sealed off, with a tent erected into which investigators undertook a careful study of the letter contents.

The public were eventually allowed to return at around 8pm when it was established that the substance was harmless, with police stressing that there was no danger to the public at any time.

Mr Mackay said that he could not understand why the letter was addressed to his pub: “It is very strange that it seems to have come from Lancashire and was addressed to the Crown Inn in Keith.

“The message was confusing but it seemed to be about people trying to get people together to help ISIS.”