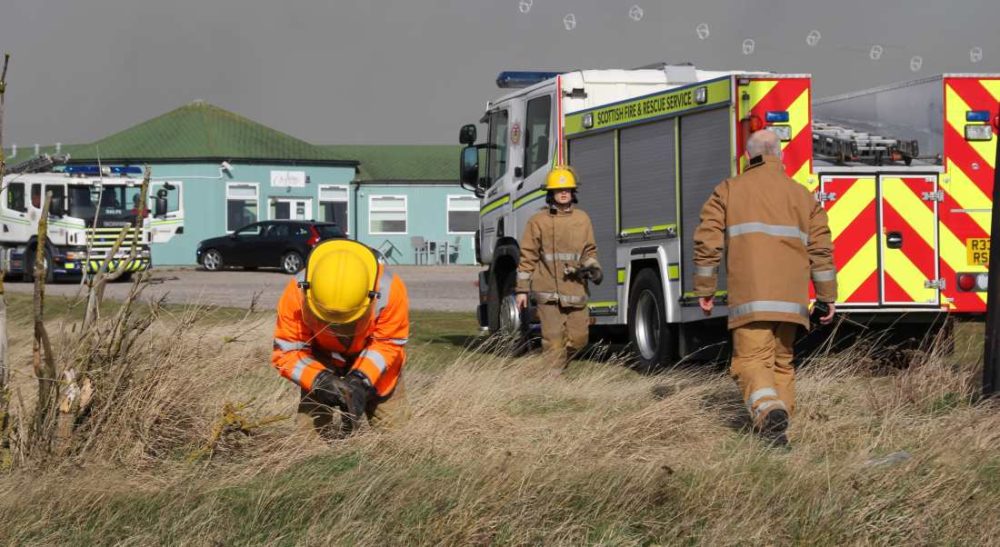 THE GORSE FIRE at Covesea this morning led to around 26 people being evacuated from the Silver Sands caravan site.

Moray Council has said that their emergency planning group have coordinated a response to the incident, catering for those residents who have been evacuated while Council staff are on-site at Lossiemouth High School to assist those affected.

Fire and Rescue Services continue to tackle the blaze and are now expected to remain on site well into the night as wind levels are expected to increase – at least six crews were brought in from throughout Moray to tackle the emergency.

Police, meanwhile, have cordoned off the area with the B9040 (Lossiemouth to Hopeman) route closed from the junction with the B9135 to Williamston (B9012). Local diversions have been put in place.

The next meeting of the planning group is expected at 4pm after which the local authority say a further update will be provided.