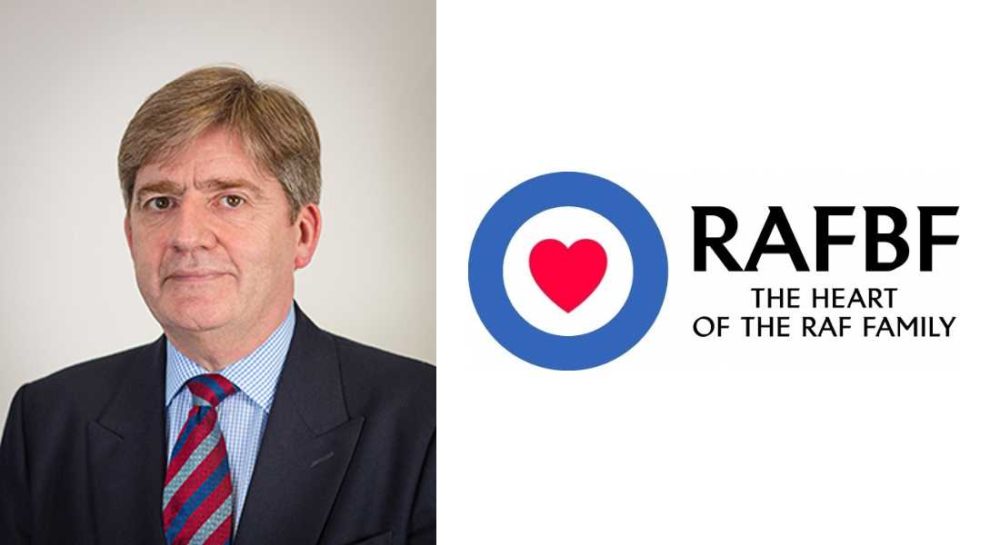 THE VITAL ROLE being played by the RAF Benevolent Fund in caring for airmen and women and their families has been underlined in an address by its recently appointed chief executive.

Air Vice Marshall David Murray is now the head of the RAF’s welfare charity and one of his first tasks was to look at the work being carried out by volunteers around the country.

That included a look at RAF Lossiemouth, where the local team has spent £22,000 last year – keeping up the momentum of an amazing effort by the Moray group.

On taking up his new role, AVM Murray, who retired in 2013 after serving 34 years, said: “I just couldn’t pass up the chance to work for the RAF Benevolent Fund.

“During my years in the RAF, I saw time and time again how the Fund looked after the RAF family and I’m excited to continue and expand that work. I approached the Fund many times to get support for those who needed it and I was never let down.

In Moray, the fund has disbursed over £22,000, with AVM Murray saying: “Through this support, eight personnel who serve at the Station received Individual Grants.

“With our help, the Station were also able to continue their Ben Play and Toddler Yoga sessions. We were also pleased to award a significant sum of money towards the renovation of the Circle Renovation Project.

“And, through our enduring commitment to RAF Station Families Days, we presented RAF Lossiemouth with a grant, enabling the entire RAF family to come together on a momentous annual occasion.”

AVM Murray added that it was not just those who serve or have served the RAF that are important – stressing that their families have also contributed so much to the service.

He said: “Wives, husbands, partners and children serve alongside those in uniform and it’s not always an easy life.

“One of the issues that serving parents face is support to their offspring, and a few years back, a survey of serving personnel highlighted the need for engaging, supervised activities for children on Station for children. The Fund responded with the Airplay programme on 23 Stations nationwide.”

As a result in Lossiemouth as at many RAF Stations around the country, the popular Airplay Youth Support programme is offering activities for children from eight to 17 through a network of trained youth workers.

The programme has been so successful that parents have asked for a similar offering for younger children and as such, ‘Ben Clubs’ are launching on a number of Stations for children ages five to seven.

Looking to the future, the new RAFBF Chief Executive is looking for feedback. He said: “The RAF Benevolent Fund is the RAF’s welfare charity and exists simply to help those who serve or have served in the RAF.

“We are here for all those in the RAF, past or present, and their families – we spend all of our time trying to meet their needs. However, we have no monopoly of good ideas and we are always keen to understand how we can help even more.

“Consequently, I would be delighted to hear from anyone if they have any ideas on how we can do even more to support either individuals or the broader RAF community on Stations.”

Anyone wishing to provide feedback or ask questions can Email ideas@rafbf.org.uk, or to find out more about the RAF Benevolent Fund and how they can help you, visit www.rafbf.org.