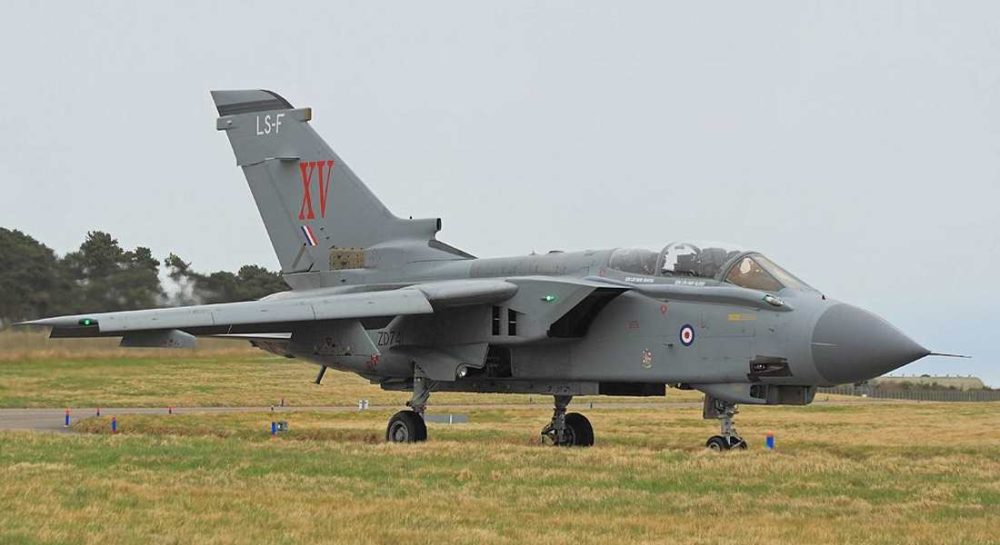 A FAMILIAR SIGHT in the skies over Moray for 24 years, the last Squadron of RAF Tornado jets based at Lossiemouth will fly their final sortie tomorrow.

The Tornado aircraft of XV(R) Squadron will perform a formal flypast when they return to the Moray base from their last operation on Friday afternoon.

Flying in pairs, six aircraft will undertake a low-level flypast of the base at around 1.15pm followed by a simulated airfield attack.

The final sortie comes two weeks before the Squadron are finally withdrawn from the base – making way for the arrival of a fourth Typhoon Squadron and the eventual arrival of nine P-8A Maritime Patrol Aircraft.

The Tornado Weapons Conversion Unit was based at RAF Honington in Suffolk when it received the XV (Reserve) Squadron title in 1992 – a year later, in November 1993, it moved to RAF Lossiemouth. The squadron delivered both initial training on the aircraft and post-graduate courses for Tornado GR4 pilots and Weapon Systems Operators. Whilst the Tornado Operational Conversion Unit will cease from March 31, the RAF will continue to utilise the Tornado GR4 until it is finally withdrawn from service in 2019. RAF Marham in Norfolk is the base of the RAF’s front line Tornado squadrons from where aircraft and personnel are deployed to support current operations.

Friday’s final tribute will end with a solo flypast over the airfield conducted by Wing Commander Paul Froome, OC XV(R) Squadron, who said: “Being able to fly in this final sortie of Tornado GR4s from RAF Lossiemouth is a great honour for me.

“Whilst it may be sad to see the Tornado leave Moray and Scotland, the aircraft has given many years’ of great service to the RAF, and continues to do so in the form of the frontline Tornado squadrons at RAF Marham supporting current operations.

“The disbandment of XV(Reserve) Squadron is a milestone in the drawdown of the Tornado fleet, but I can say hand on heart that every member of the Squadron, past and present, has delivered an exceptional level of service and commitment to the Tornado fleet and the RAF.“