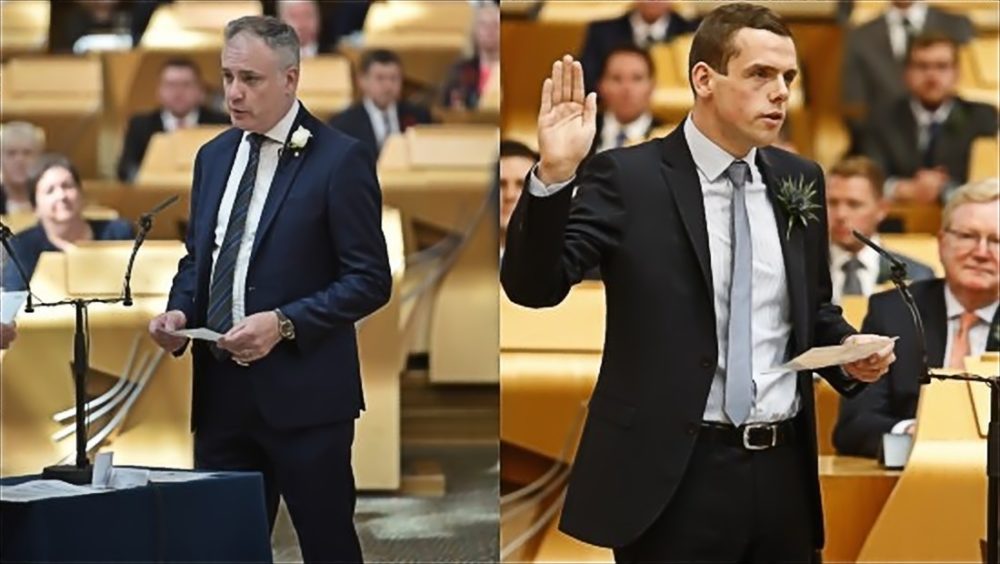 OFFICIAL PATIENT STATISTICS produced by for the Scottish Government on treatment waiting times have consistently ignored those suffered by chronic pain sufferers in Moray.

Any new chronic pain patients are given priority as NHS Grampian strives to meet the Scottish Government timeline of 18 weeks from referral to first treatment – however, return patients who require regular ongoing treatment are not counted.

The issue was raised in the Scottish Parliament yesterday by both MSP’s representing Moray, Richard Lochhead and Douglas Ross – but they were left with very different impressions on the response given by the Minister for Public Health, Aileen Campbell.

Douglas Ross complained that the minister “completely failed to answer” his specific question, while Richard Lochhead said that he was pleased the minister pledge to do “all they can to support NHS Grampian”.

Following the Holyrood exchange, Mr Ross said: “Last week campaigners for chronic pain patients highlighted that many who require repeated treatment for their condition are left out of official statistics on waiting times.

“Thousands of people in Scotland, including several people in Moray, can be waiting months for treatment they need regularly and their plight is not recorded in the current health statistics.

“The quote from Chris Bridgeford saying that people despair of their lives due to the huge delays in chronic pain treatment times was very powerful. The Minister completely failed to answer my specific question about recording the waiting times for return patients – so I will be writing to her to seek a full response.

“We owe it to people in Moray and across Scotland to fully understand the extent of the problem, only then will we be able to see if there is an improvement for chronic pain sufferers.”

Mr Lochhead meanwhile was concerned that ‘reinstated’ patients were still having to travel to Aberdeen for some of their treatment – including pain-reducing injections.

He said: “Most of us cannot begin to imagine what it is like to suffer from chronic pain and to be faced with lengthy journeys to receive treatment. That’s why it is so important for chronic pain patients in Moray that NHS Grampian provides as many services as possible from the recently reinstated pain clinic at Dr Gray’s.

“The assurances given by the Public Health Minister that the Scottish Government will do all they can to support NHS Grampian as they continue to work to improve pain services is welcome.

“The efforts of Chris Bridgeford and Affa Sair in keeping the issue of chronic pain and services for chronic pain patients at the forefront of everyone’s minds is absolutely to be commended.

“I’m pleased that the Scottish Government has committed to engaging with them going forward, as it clearly essential that patients can share their experiences with those who shape our health services so that improvements can be made.”