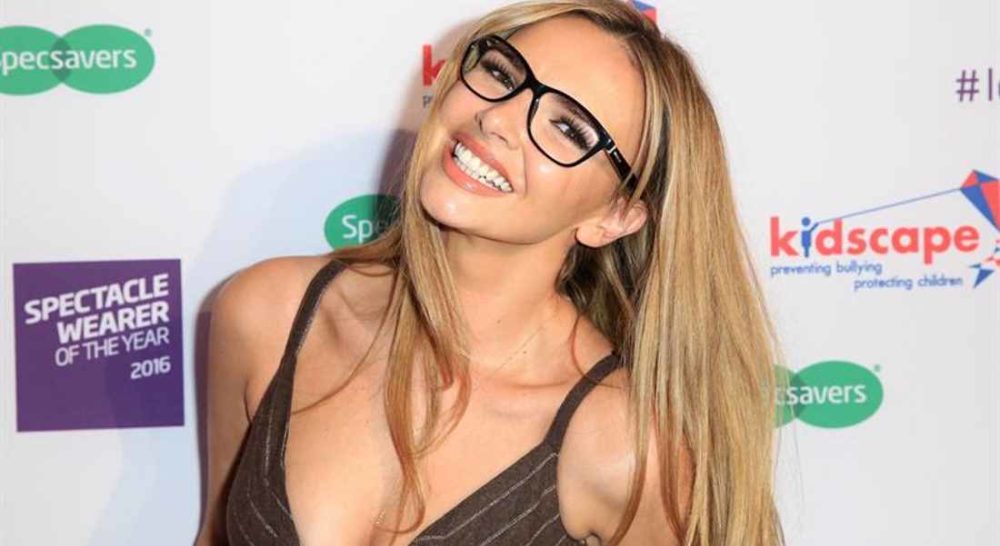 THE SEARCH IS on for the Specs Wearer of the Year – and its attending £10,000 prize that could well go to a customer of Specsavers in Moray.

Launching the competition this year is Nadine Coyle, a member of the multi-award winning platinum recording stars Girls Aloud.

Nadine sat for a special photo shoot to help launch Specsavers’ annual search for Spectacle Wearer of the Year – revealing that specs wearers from across Scotland can enter the competition – as long as they are aged 16 and over.

Finalists will attend the star-studded awards ceremony in London, with one overall victor claiming the coveted title and the five-figure prize.

Nadine, who was crowned Best Specs Newcomer at the 2016 Spectacle Wearer of the Year Awards, says: “I realised I needed glasses to drive and read last year and I’ve been building up my specs wardrobe ever since. I’ve been experimenting with some fab new optical styles, such as cat’s eyes and transparent frames. I can’t believe what I’ve been missing for all these years!

“I was thrilled to win the newcomer award last year, so it’s a real honour to help with the search to find the 2017 Spectacle Wearer of the Year.”

Peter Taylor store director at Specsavers in Elgin, added: ‘We’re asking all glasses wearers in the area to pucker up and share their best selfie. Not only is it perfect opportunity to showcase their personal specs style to the country, each entry helps raise funds for anti-bullying charity Kidscape.”

The competition has raised more than £400,000 for Kidscape over the past six years, Nadine adding: “I’m so proud to be involved with a campaign that raises funds for such a great cause. Kidscape does an incredible job to help stamp out bullying. As a mum myself, I understand how important it is for children to grow up without fearing bullies or abuse.”

The competition has five age categories – 16-24, 25-34, 35-44, 45-59 and over 60s – plus a Facebook favourite voted for by the public. A winner from each category will win a VIP makeover and the opportunity to mingle with celebrities at the awards in London in October.

One pound will be donated to Kidscape for each entry made, the money raised will help to support the charity in providing training, support and advice for children, parents, schools, and those who may be affected by cases of bullying and abuse in the UK.

To be in with a chance of scooping the biggest accolade in the specs-wearing world, glasses wearers can enter the competition online.