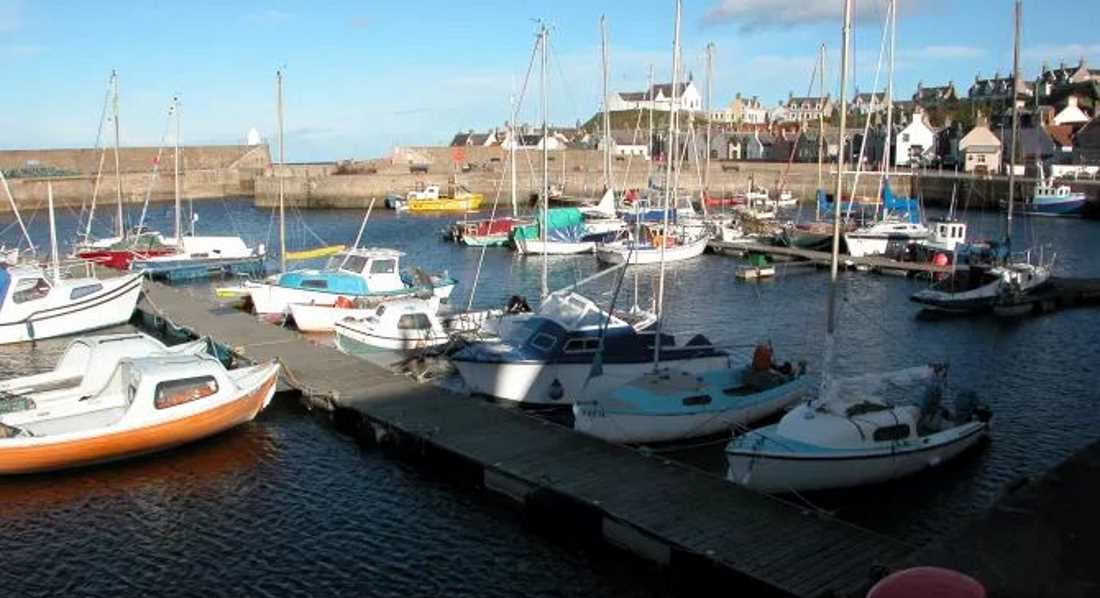 ACCESS TO A MORAY HARBOUR may need to be cut-off after hopes of obtaining grant funding for vital repairs were dashed.

Findochty Harbour requires repairs to its pontoons at a cost of half a million pounds – however, the current financial position of Moray Council means that they can only provide 20% of these costs.

Hopes were pinned on an application to the Coastal Communities Fund for at least part of the balance – however, that has now been turned down, leaving concerns over the future of what is seen as a vital ‘safe haven’ on the Moray Firth.

Local councillor Gordon McDonald said that there has been no cash spent on the harbour for over 15 years – and it has been steadily deteriorating over that time. He added: “The pontoons are not fixed to the seabed so they tend to smash into each other in storms as well as getting bumps from boats that are tied up there.

“The harbour cannot close as it is considered a safe haven – so the worst-case scenario is that the pontoons could be sealed off for safety.”

With over 80 boats tied up in the harbour the situation is one of major concern. Funding options will be discussed this week by the economic development and infrastructure committee when harbours manager Duncan Brown will recommend “make and mend” repairs being carried out.

In his report he says: “The major source of grant funding was hoped to be a Coastal Communities Fund application – this was not successful as the fund was significantly over subscribed. While there are other grant sources there is nothing which will provide the substantial contribution, in excess of £400,000, required to provide a replacement pontoon facility.”