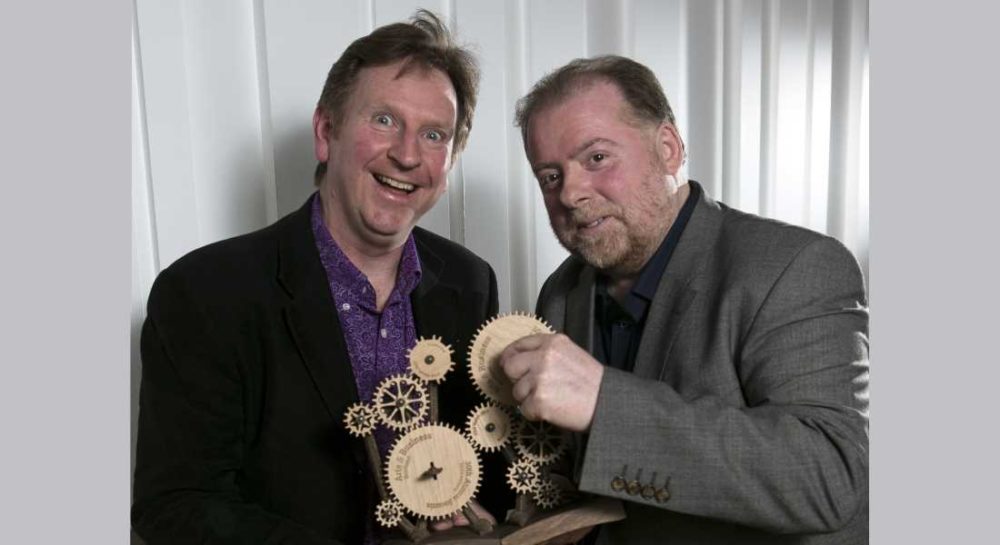 A MORAY-BASED THEATRE company shortlisted in two categories at the Arts & Business Awards have emerged as the victors in one.

At a glittering ceremony in the Glasgow Royal Concert Hall Right Lines and SEPA emerged as winners in the ‘innovation’ category.

Rapid Departure is an interactive comedy set in a village hall – a freak flood has washed through the area and the locals are guided to the safety of the Hall, the designated Emergency Rest Centre.

Environmental calamities and extreme weather conditions are undoubtedly on the increase – plunged into the fraught world of the rural Rest Centre, the evacuees and officials grapple with the ever-deepening crisis both outside the Hall – and inside.

The judges said: “In a category that celebrates the development of pioneering and transformative output, this collaboration shows an innovative and spectacular way of using drone technology to provide customised performances as a creative solution to a very practical issue.”

Celebrating the success, Euan Martin from Right Lines Productions said: “The short list was phenomenal, so we were pleased just to be included in such illustrious company – but to win exceeded our expectations by a long, long way. Not bad for a wee theatre company based in Alves!”