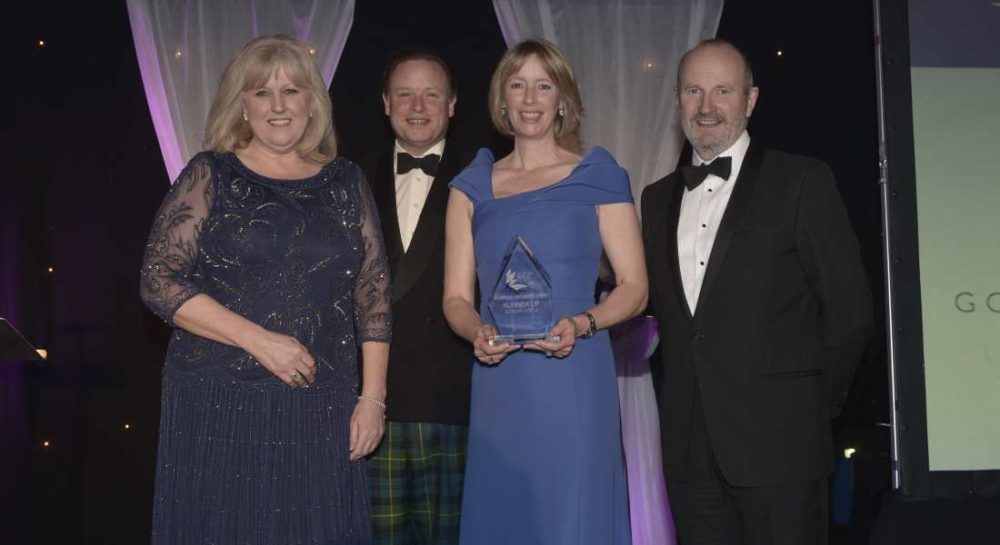 THREE MORAY BUSINESSES have cause to celebrate this weekend after becoming Scottish Rural Awards winners on Thursday evening.

Aberlour-based Walkers Shortbread were the overall winners in the Rural Employer category, with judges praising the company’s diligence and care towards its employees.

Meanwhile Fochabers-based Baxters Food Group also received the Highly Commended award in the Rural Employer category. Completing the trio of wins was Gordon Castle Estate in Fochabers, who were awarded the Runner Up award in the Business Diversification category.

The Spirit of Speyside Whisky Festival was also a finalist in the Rural Tourism category.

The Scottish Rural Awards are the ultimate benchmark of success in Scotland’s countryside, highlighting the enterprise, skill and innovation of those who live and work in rural areas. Thursday’s event, held at Dynamic Earth in Edinburgh, is the culmination of a third year of partnership between Scottish Field and the Scottish Countryside Alliance to host the awards, in association with the Royal Highland and Agricultural Society of Scotland (RHASS).

The awards are backed by category sponsors including Aldi, the Bank of Scotland and Subaru UK.

Comedian Fred MacAulay took to the stage as compere for the evening in front of over 400 guests – he also presented three awards in each of the 11 open categories – a Highly Commended, Runner Up and overall Winner.

Nominations for the 2017 Scottish Rural Awards were officially launched at the Scottish Parliament in September 2016, with over 200 entries received before the closing date in October last year. Businesses were able to self-nominate, or be nominated by someone else – a friend, family member, customer or member of the public.

Finalists in each of the open categories, which encompass every aspect of rural life, from agriculture and food production, to conservation, education and tourism, were announced in December 2016. Those who have made special contributions to the Scottish countryside were honoured with two separate accolades last night – the Rural Hero Award and the Lifetime Achievement Award.

The Rural Hero award was collectively presented to the crew of Scotland’s Charity Air Ambulance for their vital life-saving work carried out across the country, while the Lifetime Achievement accolade was awarded to Sam Morshead, for his services to racing and to charity.

Richard Bath, Editor of Scottish Field, commented: “More than ever before, Scotland’s rural communities are displaying a quite remarkable amount of energy, innovation and imagination as they diversify existing businesses and create new and exciting opportunities from scratch.

“As a magazine we are constantly writing about the rural entrepreneurs who are bringing wealth and jobs to the countryside, so it’s exciting for us to be able to honour the men and women who are doing so much to make the economy of rural Scotland a true success story.”

“Despite the multiple challenges they face, they are hugely valuable brand ambassadors for Scotland, and many provide vital support to their local communities.

“These awards give Scotland a chance to recognise the resilience, innovation and contribution that rurally-based people and businesses make to its success.”