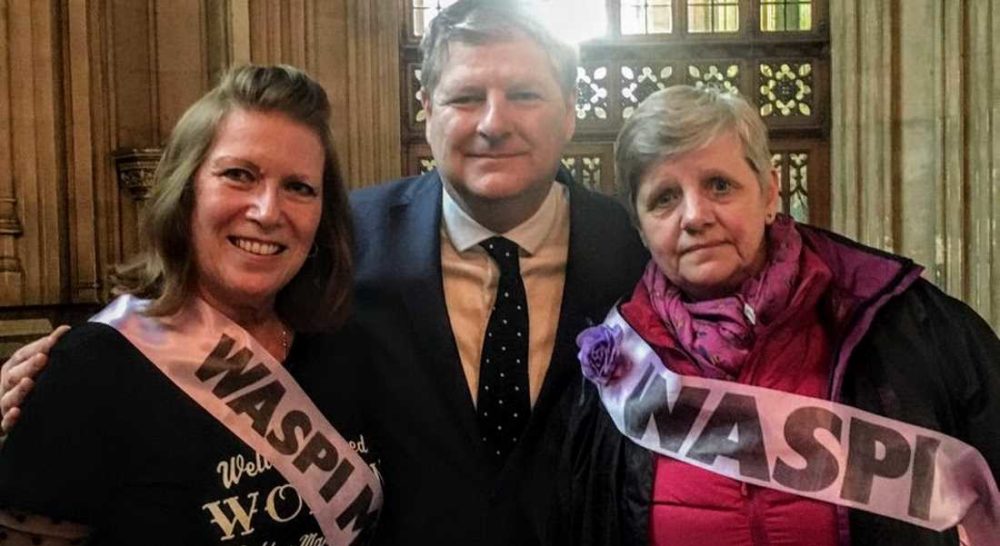 MORAY WOMEN CAMPAIGNING for a fairer deal over changes to the state pension retirement age have been welcomed to Westminster where they joined fellow members from around the UK.

Moray’s MP Angus Robertson, a strong supporter of the campaign from its inception, met with the campaigners after he and other SNP MPs and joined thousands of women protesting at the Houses of Parliament.

Their complaint is based on the UK Government accelerating the process of equalisation of pension ages for men and women – meaning that women born in the 1950s have lost thousands of pounds in pension payments without having sufficient time to plan for the changes.

Mr Robertson said that the SNP is pledged to continue pressuring the Government on the issue, which is unfairly penalising the women affect.

Speaking after the meeting Mr Robertson said: “It was a pleasure to meet the women from Moray WASPI group who had made the long journey to Westminster to make their voices heard and to be part of the protests against this Government’s unfair changes to pension arrangements.

“The fact that it took place on International Women’s Day highlights the many challenges women continue to face.

“These women have a right to be angry – they have worked hard for decades and have paid their fair share into the pot. The Government must now honour that and recognise that pensions are not a privilege but an entitlement.

“The Tories laughably claim to be the party of the working people, but the pension changes show clearly that this is simply not the case. In fact, under this Government, ordinary working people are being penalised to cover the costs of the Government’s failed economic policies.

“While I agree with equalisation of the state pension age, I strongly oppose the heavy-handed way in which the Government has imposed these changes. Thousands of women in my constituency, and across the country, now face years without receiving their state pension and a struggle to make ends meet.

“We know that the Government has the money in the National Insurance Fund to help these women, and ensure they get what they are entitled to. I am continuing to urge the Government to do the right thing and scrap these changes immediately.”