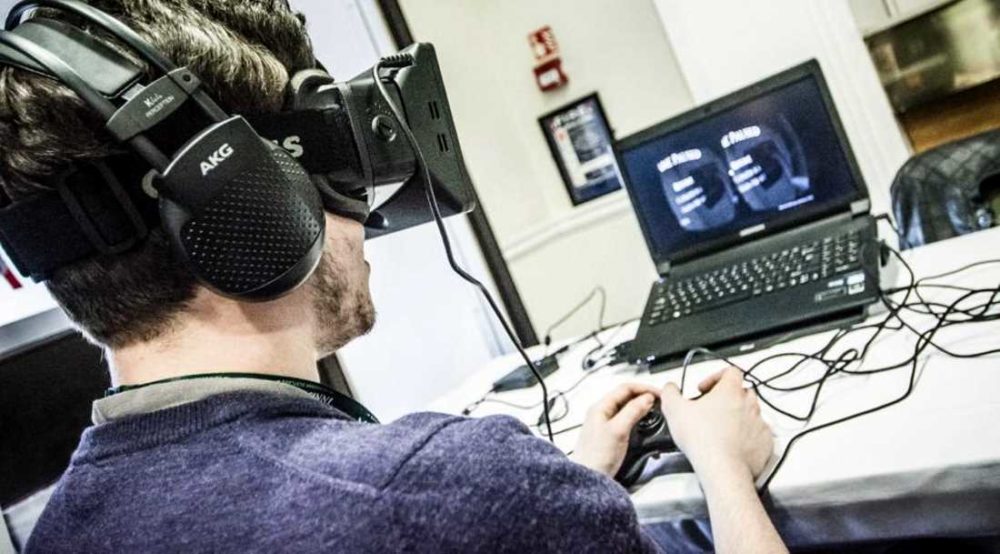 BUDDING GAME DEVELOPERS are set to create a digital or board game in the course of a single and very intensive Elgin weekend.

For the fourth year Moray College UHI is to be the venue for the Moray Game Jam (MGJ) – and event that brings together teams of game developers attempting to pull together a game from scratch in just 48 hours.

MGJ 2017 is taking place at the Elgin venue from 12noon on Friday, March 17 until noon on March 19, organised by a partnership comprised of XpoNorth’s Screen and Broadcast Network, ScreenHI, Moray College UHI and Elgin-based games studio, Hunted Cow Studio.

There is also an opportunity for the general public to participate, with a full day of workshops on Saturday, March 18 and the following day a pop-up gaming playground offering a chance to test games being produced by the teams.

MGJ will also see industry experts from throughout Scotland delivering workshops on subjects including game development, interactive storytelling and Augmented Reality. Full details can be found on the MGJ website.

A record number of applications for the 48-hour game creation have been received this year and a waiting list has been put in place. However, there are still places left in the workshops on Saturday 18th.

Amanda Millen, director of XpoNorth’s Screen and Broadcast network, ScreenHI, which is co-organising the event said: “Moray Game Jam has become one of the go-to events in Scotland for game developers. It opens doors and widens knowledge about how to forge a career in this hugely competitive and exciting creative industry.

“Scotland is a world-leader in games development, and the existence of companies like Hunted Cow Studios in Elgin, and the growing interest in the Moray Game Jam reinforces the fact there is a vibrant scene in the Highlands and Islands region.

“The event will provide a key opportunity to gain valuable experience and network with like-minded individuals and leading industry figures.

“We look forward to working with them all to develop the next generation of gamers from Moray.”

Moray College UHI principal, David Patterson, added: “We are delighted to be the host for this increasingly popular event. This year we have seen a record number of applications from across the country and it is clear that the Moray Game Jam is here to stay.

“The Alexander Graham Bell Centre for Digital Health, situated on our Moray Street campus, lends itself perfectly to this event. The Centre aims to stimulate interest and the development of expertise in all aspects of digital health, and the development of apps and other digital ways of working is an integral part of this, and a priority for our wider region.”

“There are still spaces available on a number of workshops that are free to attend; this is a great opportunity for our students, school pupils and the public to get insight into the different aspects of game development and art.”