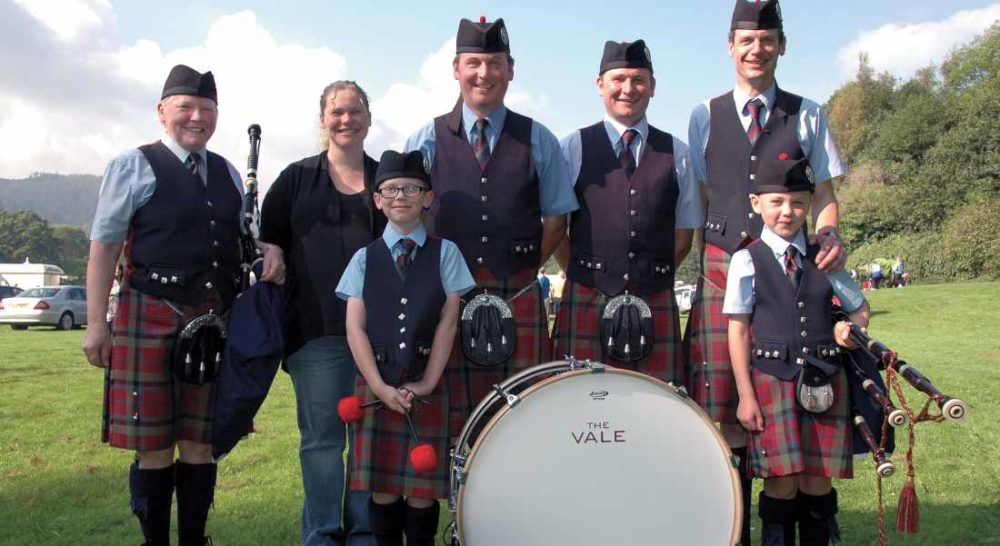 A SEARCH LAUNCHED by a one day piping event to find a family with the most ties to piping resulted in nominations coming from as far afield as Canada.

Piping At Forres, the European Pipe Band Championships, launched a search to find a family whose lives are immersed in the piping scene.

It was a search that went viral on Social Media around the world, with 20,000 people in just 48 hours viewing the request – and one nomination coming from Canada. But it was the McNab family, from Pitlochry in Perthshire, whose interest in piping and drumming spanning four generations that wowed the judges.

Currently, they have 11 family members playing in the same band – and they will now all be attending the event’s launch party in April when tickets go on sale. They have also won a family pass to the June extravaganza along with one of the sought after Piping At Forres hampers.

Joanna Taylor, a director of Forres Events Ltd, the company behind Piping At Forres said she was delighted with the entries that were received: “As soon as the story hit the media and our social media pages there was great interaction and we were delighted to get so many quality entries. It was a very tough decision with nominations coming in from far and wide.

“Some of the families that entered have won world championships, at least two have found their spouses through piping and there were many that span multiple generations. It has revealed some lovely and heart-warming stories.

“However, the McNab family cinched it due to the numerous years they have been involved in piping, the number of members still currently playing and the new generations starting to learn.”
It was head of the clan, Gillie McNab, who entered her family into the contest. They have 11 family members either playing pipes or drums for the Vale of Atholl Pipe Band or just starting to learn the instruments.

Gillie said: “We are delighted that we have been chosen as the winners. All we seem to do is eat and sleep pipe bands. I was absolutely gobsmacked when I found out. The whole family was surprised, but we feel very honoured.”

Gillie’s passion for piping was fuelled by her father Gideon Scott May who was president of the Vale of Atholl Pipe Band in 1966. She followed in his footsteps and joined the band the following year, so is this year celebrating her 50th year with band. She also made history by being the first female piper to join the band.

Gillie went on to have three sons, who as she explained are all now members of the band too. She added: “They used to come to competitions and were soon brainwashed and all learnt to play the drums.

“I then had my daughter, Irralee who also got the pipe band bug and she learned to play the side drum then going on to compete on pipes. But that’s not all, three years ago Irralee’s wee boy Logan became a tenor drummer, and her husband Ian and his daughter Lucy also play.

“Then two years ago my grandson Archie joined and this year my granddaughter Flora joined as tenor drummer. I’m currently teaching my granddaughter Millie the chanter and she’ll soon be ready for pipes – so it really is a family affair.”

This year, Piping at Forres will be held on Saturday, June 24 in Grant Park, Forres and is being supported by EventScotland, part of VisitScotland’s Events Directorate, and is part of Scotland’s Year of History, Heritage and Archaeology.