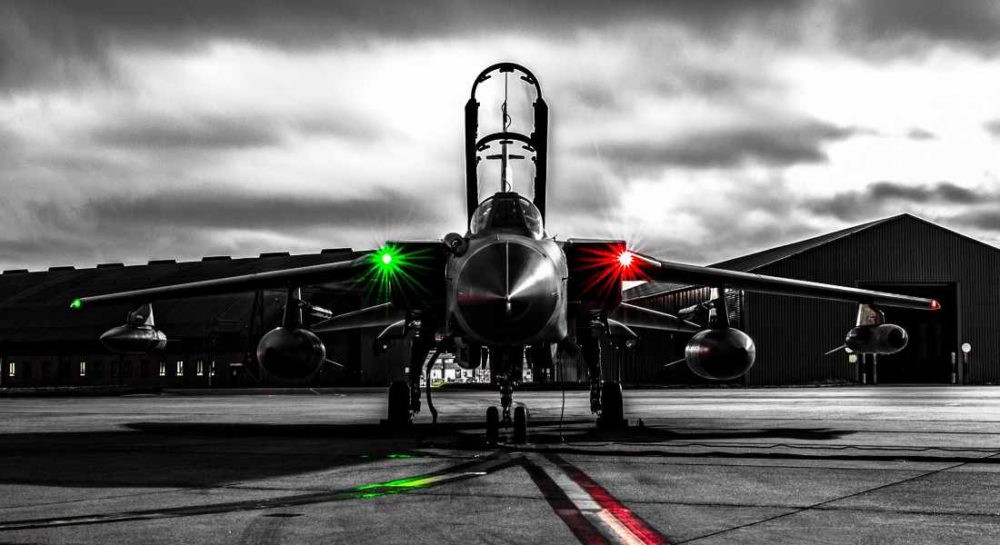 A PEEBLES AIRCRAFT enthusiast and photographer has snapped up the first prize in a competition seeking the best image of an RAF Lossiemouth Tornado jet.

The RAF base challenged enthusiasts to enter a competition to mark the withdrawal of the Tornado from the Moray base this month – and the judges have agreed that Cathy Lovell, from Peebles, provided the most ‘atmospheric’.

There was a special mention, however, for the hand-drawn entry from seven-year-old Callum Main and his ‘Goodbye to XV Squadron’ artwork.

For supermarket worker Cathy photography is her main hobby – so she was delighted to pick up the prize against such stiff opposition. She said: “I’m absolutely delighted to have won. To have my photo picked out from such a strong field has given me an enormous sense of pride! I’d like to say a massive thank you to Group Captain Godfrey and Wing Commander Froome.”

Cathy is a familiar figure at RAF bases around the country with military aviation being her favourite subject.

XV(Reserve) Squadron will disband on Friday, March 31 after 102 years’ of service. Over the past 24 years the Squadron has been the life-blood of the front line ensuring the squadrons were provided with combat capable Tornado aircrew.

Group Captain Godfrey and Wing Commander Froome, Officer Commanding XV(Reserve) Squadron were in agreement as to the Tornado picture competition winner, Wg Cdr Froome said: “All of the entries for the competition were great, and the Station Commander and I didn’t find it easy to whittle down the entries to a shortlist – but we both agreed that Cathy’s picture stood out because of her use of monochrome, colour and reflections to create a haunting, atmospheric shot.

“Callum’s picture was definitely worthy of a special mention – he captured the aircraft brilliantly, and having the Lossie Lighthouse in the background brings in the community too.

“The entries show the love and affection the community have for RAF Lossiemouth and the Tornado.”