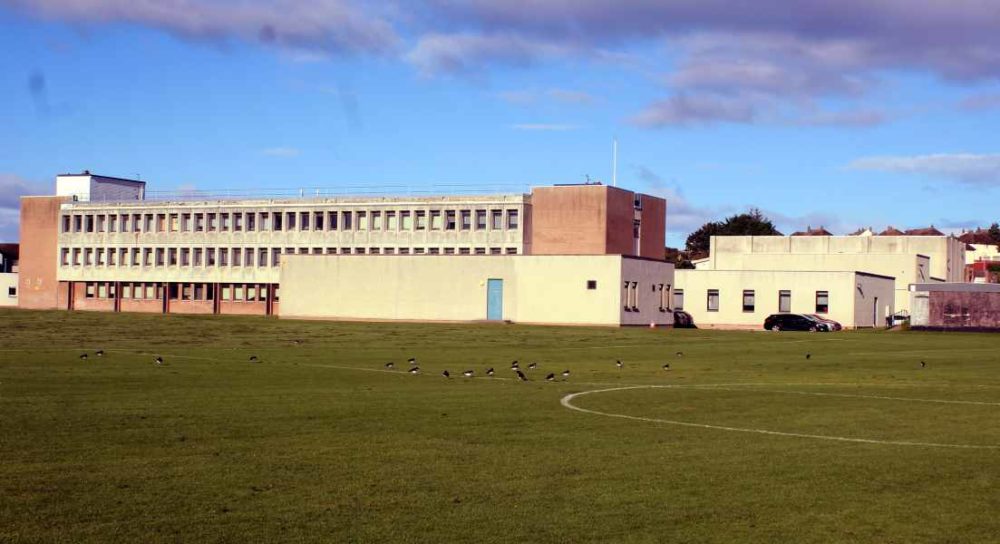 COUNCILLORS WERE TOLD that plans for a community facility and swimming pool at the new Lossiemouth High School may need to be scrapped.

A decision on how the local authority should proceed with a project that is already heading well over its £35.3million budget target will be taken at a meeting of the Full Council next week.

Further compounding the difficult decisions facing Councillors, most of whom are preparing to leave their posts ahead of May’s local elections, they were also told that the £11.5million Linkwood Primary school project had run into problems.

The issues were revealed yesterday at a meeting of the sustainable education committee, where the head of lifelong learning, culture and sport, Graham Jarvis, confirmed that ‘sandy’ ground on the site of the Lossiemouth project were responsible for sending the costs to over £36million.

Mr Jarvis told councillors that avoiding the additional costs could mean cutting back the proposals: “We could be looking at building a smaller school or one without the community facilities. Other options would be using a different design, with inferior materials, but that is not something we would want.”

The inclusion of a community facility and swimming pool was the result of a hard-fought case led by local councillor John Cowe, who argued that these elements had to be replaced as they would be lost when the existing school is demolished.

Councillor Cowe pointed to the increase in RAF personnel arriving in Moray and indicated that the Ministry of Defence may be able to help with the additional costs for a swimming pool.

Meanwhile the issues with Linkwood Primary are sure to further fan discontent with parents, who fought against creating a ‘temporary school within a school’, future Linkwood pupils being placed at East End Primary from last year.

Mr Jarvis revealed how developers Springfield Properties had been forced to change their plans with the target opening of August 2019 under threat – because a gas main was discovered to be running through the proposed site.

He said: “The plans were compromised by a gas main running through the south of the site – this means we cannot have a car park or playing field there. Now, there will have to be a 550ft exclusion zone around the pipe which cannot be built on.

“This was a surprise to Springfield Properties, who are now having to look at the lines there again – this was a disappointment to the developers as well.”

Last night one of the parents who had raised serious concerns over the ‘short term’ sharing of East End Primary said this was the very situation that concerned them.

He said: “With the current sharing process at East End Primary, this is exactly what a number of parents with children who attend East End were worried about.

“Several parents voiced concerns about how the sharing process would put a strain on traffic congestion and also a strain on the facilities that both East End and Linkwood until the new School is built.

“A number also voiced concern about delays, which now looks inevitable while they attain a new site. This isn’t just a concern for the children attending East End, but this also affects the children who are and will be attending Linkwood.

“When we raised concerns we were shouted down by Councillors and officials, told that we had nothing to worry about and that this was the best option for the area.”

Both issues will be discussed at Full Council next week, when all councillors will also be informed that the Elgin High School project is on schedule and in budget.