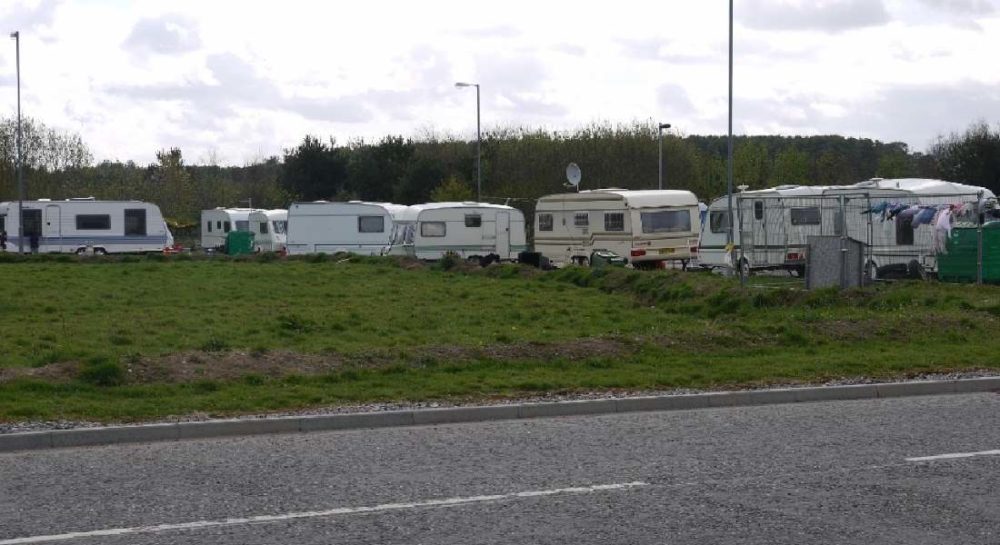 NEW GUIDANCE FROM the Scottish Government on how councils should act when unauthorised traveller camps appear in their region have caused dismay among opposition MSPs.

It was revealed this week that the guidance includes encouragement that councils collaborate with each other by keeping a watch over camps as they move from one area to another.

Councils are also being encouraged to identify suitable locations for official traveller sites – an issue that was attempted over several years in Moray but ended in failure.

Forres-based regional MSP Douglas Ross, in his capacity as a Moray Councillor, was particularly vocal over unofficial traveller camps in the region – now he is accusing the Scottish Government of attempting to pass the buck on the issue to councils.

He said: “The Scottish Government has to stop passing the buck and come up with real solutions that councils can use to move these encampments on.

“My biggest concern is that if we keep providing more and more facilities at unauthorised sites, it is just going to encourage more to set up when we should be doing what we can to discourage them because they are a blight on communities.”

A Scottish Government spokesman said: “Local authorities and police already have the necessary powers to take appropriate action on issues arising from such unauthorised sites in existing legislation.”

In 2015 when faced with a call from the Equality and Human Rights Commission (EHRC) to show greater urgency in putting long-term strategies in place for travellers, Mr Ross insisted that if traveller families wished to be treated equally they had to play their part.

He told insideMoray in January 2015: “Too often have we seen local authorities and police turn a blind eye when planning rules and other laws are not adhered to. In the past Moray Council has had a dedicated site that cost the taxpayer thousands of pounds and was damaged by travellers themselves.

Then, as now, the Scottish Government insisted it was a matter best dealt by local authorities.