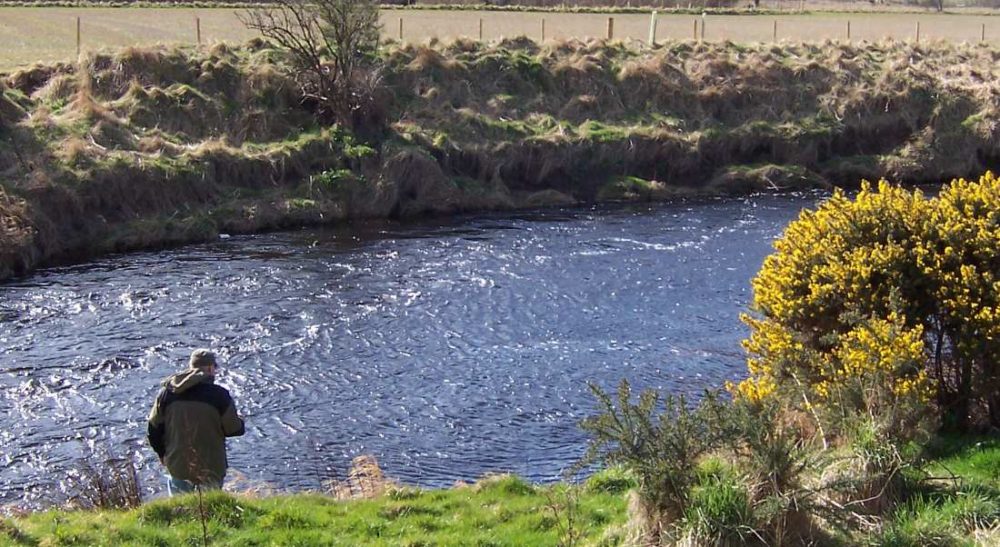 PEOPLE LOOKING FOR a new way of getting some fresh air and exercise without putting too much effort into it could do worse that spending a day fishing for sea trout on the River Lossie.

After five years of disruption caused by the building of the Elgin Flood Alleviation Scheme, the Elgin Angling Association has announced it is now very much open for business again.

All areas of the river are accessible once more – and the Angling Association is recruiting new members to fish their beats from just south of Lossiemouth, through Elgin and upstream to above the Cloddach Bridge.

There are hints of good things to come as the fishing season opens in April –anglers from the Association walked the river at the end of last year and reported excellent stocks of fish, one commenting it was “the best for the past twenty years – with a noticeable increase in adult salmon and sea trout”.

‘Redds’ are areas of disturbed gravel where fish have laid and fertilised eggs. These are all signs of good numbers of healthy mature fish returning to the Lossie and of more fish to come in the future – surveys of the river in 2016 also showed excellent numbers of juvenile salmon and trout. David Houldsworth, Chair of the Lossie District Salmon Fishery Board said: “It is most encouraging to have evidence now of good stocks of juvenile fish in the river. With the flood prevention scheme now complete the Angling Associations can once more encourage interest from both young and not so young in fishing on the beautiful River Lossie.“

The River Lossie is known for its sea trout fishing – Fly fishing is encouraged, but bait fishing is allowed, opening up the angling to those who want to learn to fish without having to immediately learn the intricacies of fly fishing.

In the interests of conserving the stocks of these fantastic fish, we encourage the safe return of sea trout, and under Scottish Government legislation all salmon must be returned to the Lossie.

Angling on the Lossie is also very affordable – the Elgin Angling Association was set up with the aim to provide salmon and sea trout fishing to the people of Moray at reasonable cost. The annual permit for an adult is £60, concessions £35, and for a junior (under 16) it is Free. Annual, weekly and day permits are available from The Angling Centre on Moss Street in Elgin.

The flood scheme caused extensive disruption for local anglers who had been promised access to their favoured spots during the work – but that never happened. As a result there has been a substantial drop in members, something that the Association has been trying to gain compensation for from Moray Council.

Now the Lossie District Salmon Fishery Board hope Moray Council will fulfil its obligations and award compensation to the Elgin Angling Association so that it remains viable for years to come – particularly with the need for affordable outdoor pursuits that keep people healthy and happy into old age.